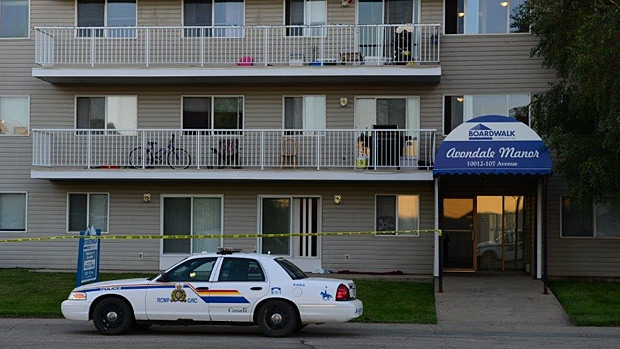 RCMP have released the names of two men who died following a double shooting in Grande Prairie.

An autopsy has determined that Osman Mohamoud Hussein, 32 and Abdifatah Mohamed Abdi, 28 were both killed by gunshot wounds.

Officials have been treating the deaths as homicide.

The men were discovered after police responded to an apartment building at 107 Avenue and 100 Street in Grande Prairie on June 27.

Investigators said that three suspects were seen leaving the area around the time of the shooting and they have been trying to find those individuals.