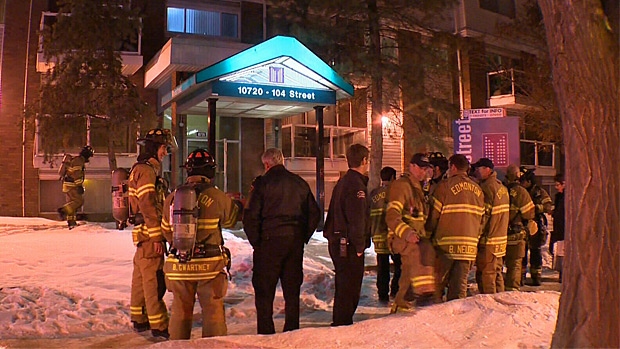 Firefighters responded to a fire in an apartment building on 104 Street Saturday night.

Fire investigators say a blaze at a downtown apartment complex was deliberately set.

Emergency crews evacuated the building at 10720 104 Street just before midnight.

“There was a fire on the basement floor in the lobby,” Vincent Gaccione told CTV News at the scene.

Officials say damage is estimated at $3,000.