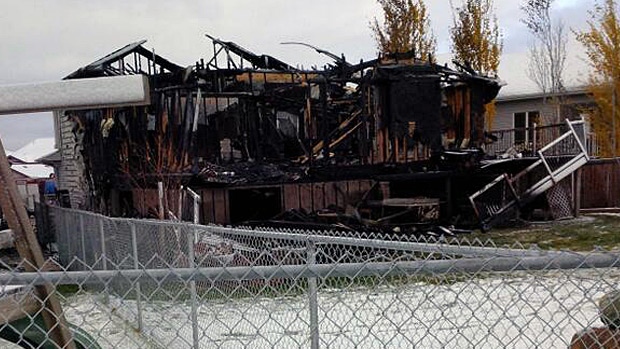 More than a day after a house fire destroyed two homes early Sunday morning, fire investigators have determined how the blaze started.

Investigators said Monday that embers in a portable fire pit, ignited vinyl skirting around the back deck of the home where the fire started.

Firefighters were first called to the fire at 84 Street and 173 Avenue, just before 1 a.m. Sunday – it was reported to firefighters by a passerby, who noticed the sparks in the area.

In the end, about 30 firefighters dealt with the fire – that eventually left two homes seriously damaged, and two others with exposure damage.