EDMONTON -- An Edmonton woman was left bruised, bloody, and stitched up after crashing an electric scooter into a wall in Old Strathcona.

Claire Meeker, 22, told CTV News Edmonton she’s ridden an electric scooter hundreds of times before, but this time she says it malfunctioned.

“It was scary,” she recalled.

Lime recommends wearing a helmet when riding their scooters. However, Meeker said she was not wearing one at the time of the incident and told CTV News, she’s an experienced rider.

“Hundreds of times before, between last summer, and the summer before,” she explained.

“I’ve gone down hills, and it’s never gone that fast, in that amount of time.”

Meeker said the scooter accelerated unexpectedly, and the hand break did nothing to slow her down.

“Just was going way faster than I remember them ever going,” she added. 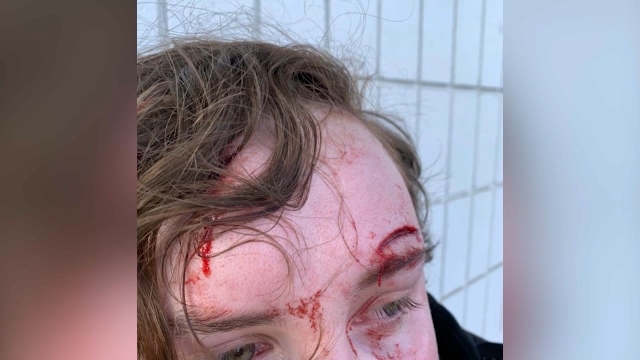 In a statement Lime said: “Safety is our top priority and we work tirelessly to ensure every experience on our vehicles is safe, comfortable and incident-free.”

Lime says they took the scooter out of service and tested it, they found the brakes were “fully functional.”

Meeker said her left eye was nearly swollen shut after the crash and says she’s still dealing with soreness.

“It felt like someone had a hammer, and was just like hitting me over and over again in the head.”

Lime reached out to Meeker on May 6 to express their sympathies regarding the crash.

Meeker said she hasn’t heard from the company since then, and hopes to receive a more substantial apology and possibly compensation.