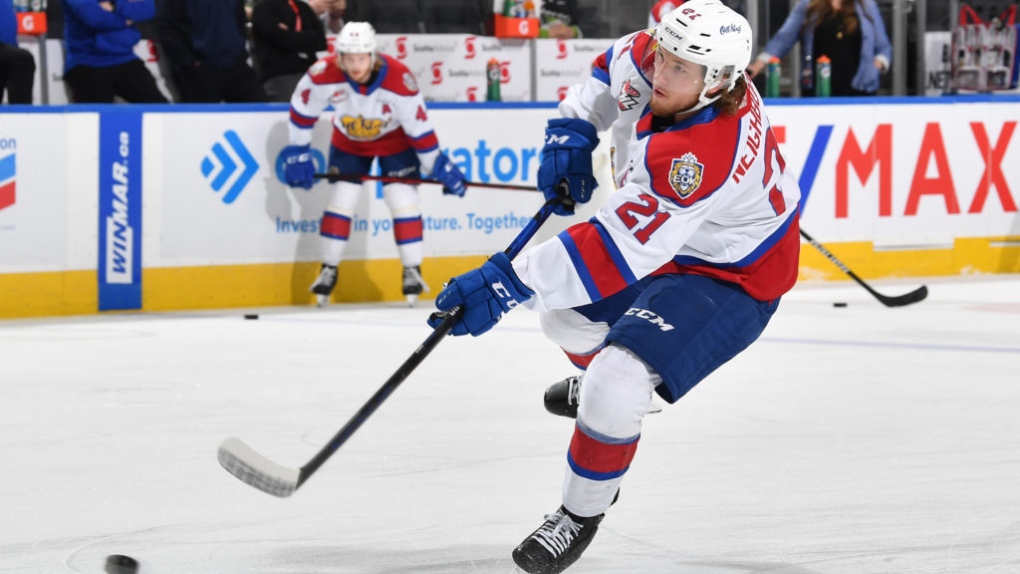 The Edmonton Oil Kings are heading to the WHL Championship Series after winning the Eastern Conference against the Winnipeg Ice.

Playing at home in Rogers Place, the Oil Kings dominated the Ice in their third series of the WHL playoffs with a 7-1 victory in Game 5.

The Oil Kings cemented their lead four minutes into the first period with three goals scored in just 55 seconds by Carter Souch and two by Jake Neighbours. Kaiden Guhle scored another goal five minutes later to finish the first period up by four.

That shattered a league record for the quickest time to score three goals by one team, within 55 second. That record was previously held by the Ice for scoring three in 57 seconds in their first-round series earlier this season.

Jake Neighbours set the new WHL record for scoring the fastest two goals in succession, with a time of eight seconds — previously held by Jack Finley who played for the Ice and Spokane Chiefs with a time of 48 seconds.

The Oil Kings continued their red-hot momentum in the second period with three more goals, including a power play goal by Jakub Demek with less than a minute of play left.

Connor McClennon scored the only goal for the Ice with three minutes left in the game to prevent a shutout.

Edmonton will face the winner of the Seattle Thunderbirds and Kamloops Blazers series, with the Blazers having a 3-2 advantage.

'We cannot pause our lives': Ukrainians begin rebuilding amid war with Russia

Ukrainians are gradually returning to life a few months after Russian troops retreated from the northern Chernihiv region. Now, people are repairing homes, and the sound of construction tools fills the air. Volunteers from all over Ukraine, and from other countries, are coming to help because there is so much to do before another winter approaches.

Police in Saanich, B.C., say they continue to investigate the possibility that a "third suspect" was involved in a fatal shooting at a bank that left two suspects dead and six officers injured Tuesday.