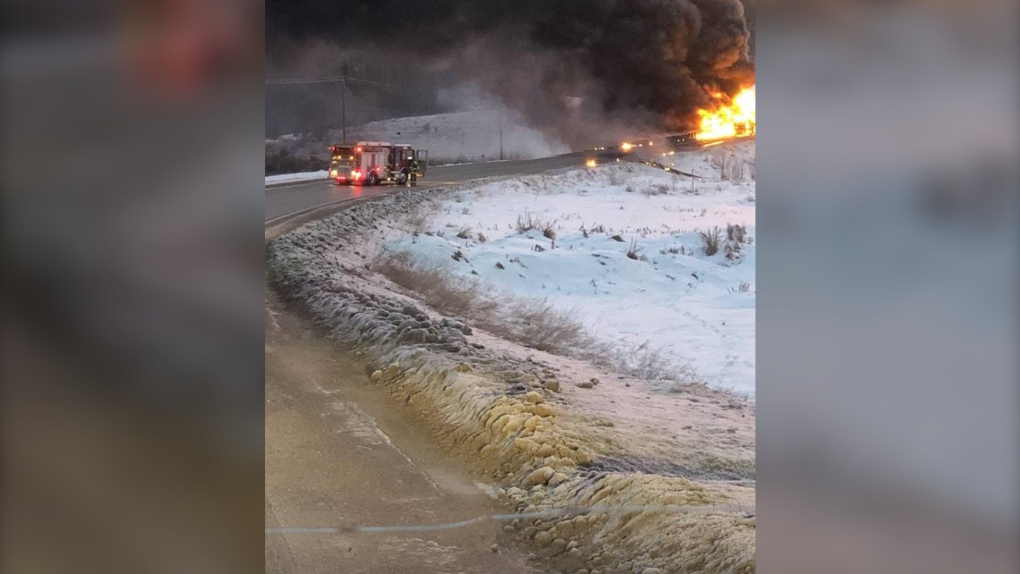 EDMONTON —  A crash and fire involving a B-train tanker truck carrying crude oil saw tens of thousands of litres of oil spilled near the Alberta-B.C. border on Saturday.

The incident happened on the Pouce Coupe River bridge, about five kilometres east of Dawson Creek, around 8:30 a.m.

According to the Government of British Columbia, the responding emergency officer found the truck and trailer "mostly consumed by the fire" upon arriving.

The driver was taken to hospital, although their injuries remain unknown.

The bridge was closed and is expected to remain closed until an engineer assesses it.

In its latest update Sunday morning, the B.C. government said an estimated 40,000 litres of crude oil was spilled, however the majority of the oil was likely burned up during the fire.

An absorbent boom was placed across the Pouce Coupe River immediately below the incident site to catch any oil that was moving downstream.

The tanker truck was removed from the bridge Saturday afternoon.

An environmental contractor has also been hired for sampling and to oversee remediation.

The crash site is about seven kilometres west of the border on Highway 49.

The province's Ministry of Environment and Climate Change Strategy will monitor the recovery phase.