Oilers blow three leads in a 5-3 loss to Minnesota 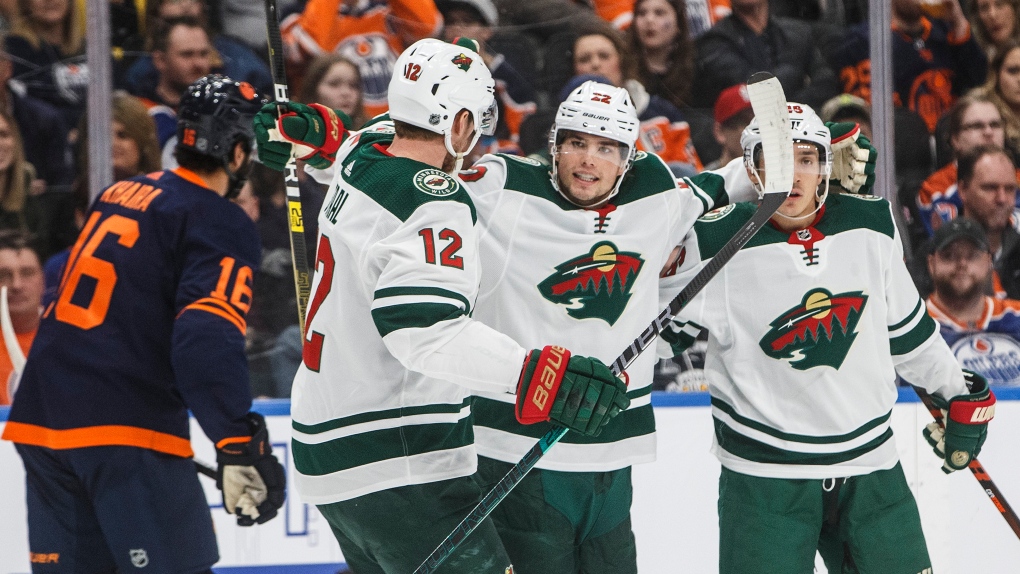 EDMONTON -- It took just 50 seconds for the Oilers to get on the board. Kailer Yamamoto battled his way through two Minnesota defenders along the boards, and after taking a check, he centred to Ryan Nugent-Hopkins who wristed a shot past the blocker of Wild goalie, Alex Stalock for the early 1-0 lead.

Minnesota tied it a little more than eight minutes later the Wild tied things up. After dropping a pass back to Ryan Suter, Kevin Fiala headed to the net, corralled the rebound from the point shot brought it to the back hand and slid it into the open net for his 16th of the year.

The Oilers' top line regained the lead less than five minutes later though, again it was Yamamoto setting up Ryan Nugent Hopkins. This time Yamamoto led break in to the offensive zone, and spotted Nugent-Hopkins cross ice, his wrister beating Stalock sprawling across the crease for the 2-1 lead.

Viking, Alta. native Carson Soucy opened the scoring in the second period placing a wrister from the point over the glove-side shoulder of a screened Koskinen even the score at two.

And again, with a little luck, the Oilers' new top line struck again.

In an attempt to centre the puck form behind the net, Leon Draisaitl's pass hit the skate of a turning Jordan Greenway, the puck ricocheting high towards the net and over the shoulder of an unexpecting and sprawling Stalock to make it 3-2.

Less than three minutes later, Victor Rask's shot goes off the skate of Alex Galchenyuk to Jared Spurgeon at the faceoff dot to the left of Koskinen, with time to settle the puck, and wind up a slapshot, Koskinene couldn’t track the puck as it sailed between his right pad and blocker as the Wild tie it up for a third time.

Halfway through the third period the Wild took the lead on a Jared Spurgeon sharp angle shot Koskinen couldn't contain.

And although the Oilers had a late chance to tie it on the powerplay with Spurgeon in the box, they could not bury one more, and when Spurgeon's penalty expired, he scored an empty netter on a breakaway for the natural hattrick and the 5-3 Wild win.

Edmonton now hits the road for a three game set beginning with the Kings in Los Angeles on Sunday.