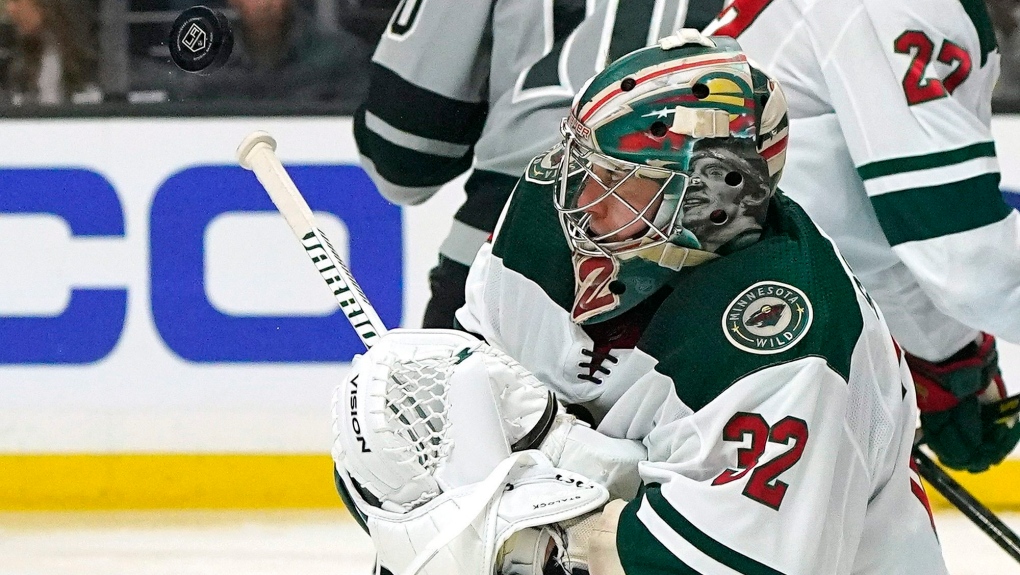 EDMONTON -- The Edmonton Oilers have claimed goaltender Alex Stalock off waivers from the Minnesota Wild.

The Minnesota native has not played a game with the Wild this season.

The #Oilers have claimed goaltender Alex Stalock off of waivers from Minnesota. #LetsGoOilers pic.twitter.com/J5ia98PT0D

This is the latest goalie the Oilers have picked up in a season that has seen a seemingly revolving door for the backup position.

Groenick's only two NHL appearances came in the 2014-15 season with the San Jose Sharks.

The Oilers were also the first of two NHL teams to place 28-year-old goalie Anton Forsberg on waivers in the same week back in January.

The team's head coach Dave Tippett was asked about Stalock during a Monday morning video conference.

"You look at the number of starts he had last year," said Tippett. "(We) just thought that was a good insurance policy for us so I think it's a good pickup."

Stalock will compete with goalies Mike Smith, 38, and Mikko Koskinen, 32, for playing time with the Oilers.