Oilers GM 'would like to' make a trade ahead of deadline 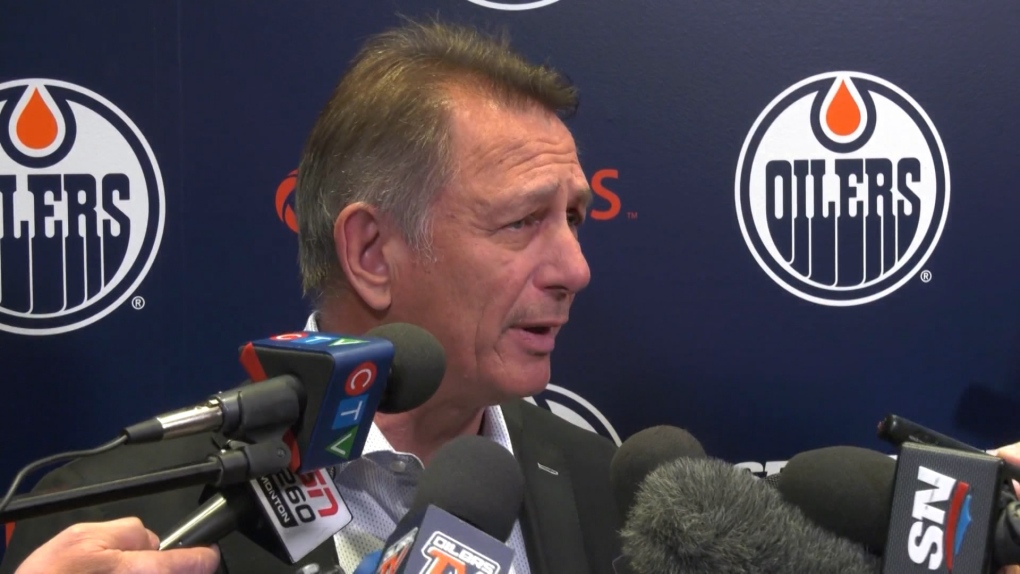 Edmonton Oilers general manager Ken Holland says he would like to made a trade before the NHL trade deadline on Monday, Feb. 24, 2020. (CTV News Edmonton)

Holland says he's talked to 15 to 20 teams, but he's waiting until the weekend to make a decision on a move.

Holland maintained he likes his team's depth, and that young guys have stepped up during the recent surge in injuries and Kassian suspensions.

#Oilers GM Ken Holland says he likes his team’s depth...likes how the club has surged despite key injuries and hopes to be active leading up to trade deadline. BTW, McDavid is practicing with team. @ctvedmonton

He says he won't trade a first round pick for a rental, and that the team's cap space is a concern.

Holland added he hasn't shopped Jesse Puljujarvi and that other teams have not asked. The Finnish forward left the Oilers last summer and is playing in his home country.

Oilers captain Connor McDavid, who has missed the past fives games with a knee injury, practiced with the team as Holland talked to reporters.

McDavid not ruling out tomorrow’s game, said it felt good today. Original plan was to test it earlier and see how it felt, that went well so he took full practice and stayed out a while afterwards. Wants to get it to the point where he doesn’t notice it when he skates.

Holland said James Neal, who has been out with a foot injury since the end of January, is still two to three weeks away.

The Oilers lost to the Boston Bruins 2-1 in overtime Wednesday night, but remain atop the Pacific Division with 71 points — one ahead of the Vancouver Canucks and Vegas Golden Knights.