Oilers hoping for win after loss to Calgary Flames 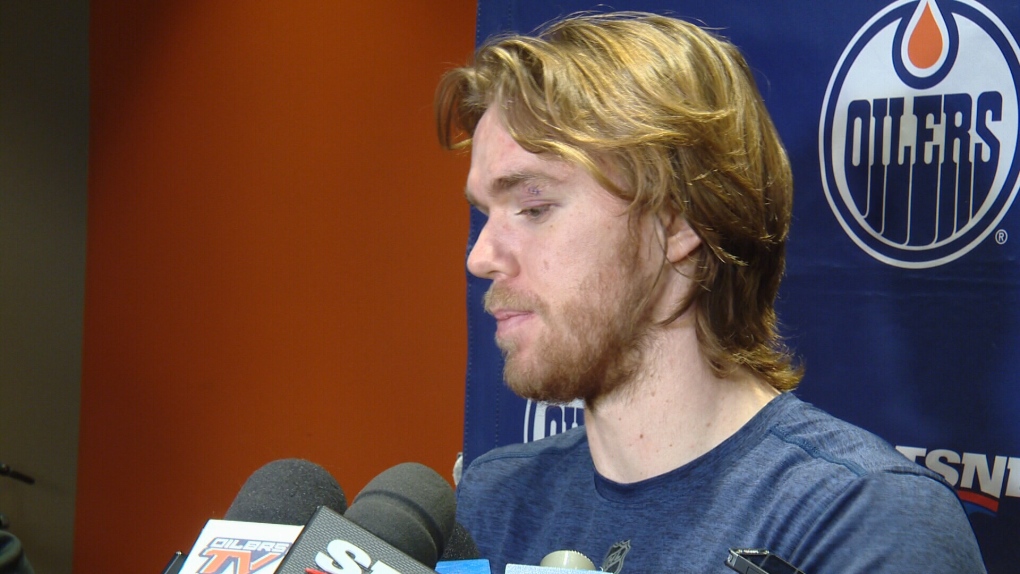 The Oilers held a team meeting Sunday, after losing to the Calgary Flames and ahead of a game against the Carolina Hurricanes.

Coming off a loss in Saturday night’s Battle of Alberta, the Oilers are still hoping to move up in the standings before the All-Star break.

Edmonton lost 5-2 to the Calgary Flames Saturday night, leaving them two points from the final wildcard spot in the Western Conference.

Sunday, the team held a meeting ahead of their game against the Carolina Hurricanes.

Captain Connor McDavid said there was one way to bounce back: “Just get right back at it.”

The star player’s left eye was slightly swollen during the press conference, the consequence of some rough action Saturday night.

While McDavid shrugged off the aggression seen during the Flames game, his teammate Ryan Nugent-Hopkins said it can be frustrating to see the treatment McDavid receives.

“When you’re a player like Connor, you’re going to draw attention,” he explained.

But he also added: “The way that he battles through it is great. He doesn’t let them get in his head either, I think that’s the big thing. He just keeps playing his game.”

Head Coach Ken Hitchcock also spoke after the team meeting, commenting that he “really liked what Connor tried to drag out of the hockey club.”

“He gave it to people. He got it,” said Hitchcock. “We got our licks in there too.”

He called the Oilers’ next two opponents, the Carolina Hurricanes and the Detroit Red Wings, fast teams.

“But they’ve got weakness just like we do, and we’ve got to try to exploit those weaknesses.”

The game against the Carolina Hurricanes starts at 7:30 p.m.

The Hurricanes come into the game having won seven of their last 10 games, but remain nine points out of a playoff spot.

After playing the Red Wings on Jan. 22, the Oilers won’t play again until Feb. 2 against the Philadelphia Flyers.