Oilers' Koskinen to start in net Thursday, team will 'read and react' for Friday's starter: Tippett 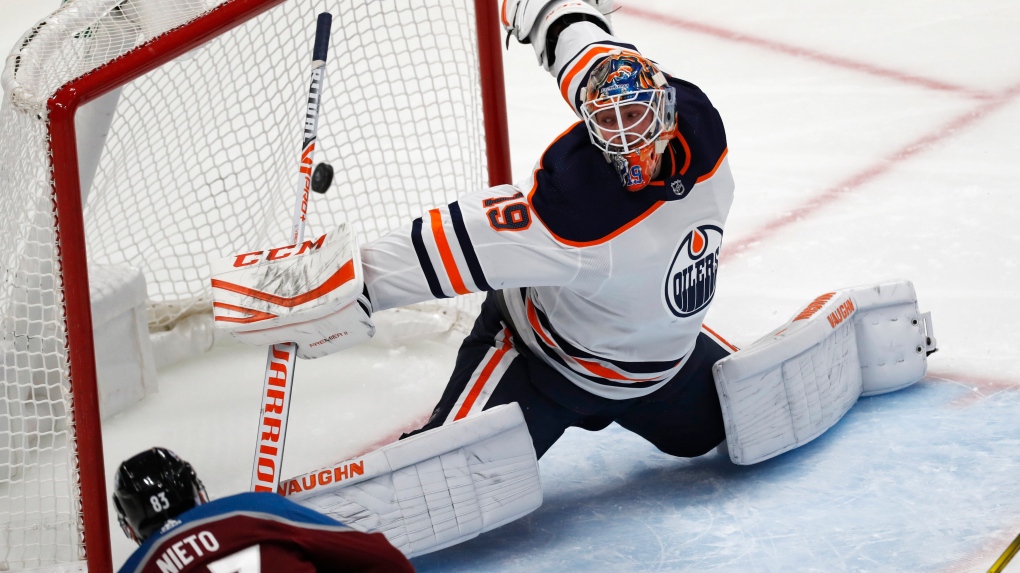 Head coach Dave Tippett told reporters on Thursday that the plan was made before Smith got hurt.

"This is the game we wanted (Koskinen) to get up and going," said Tippett.

Koskinen came into Tuesday's game against the Anaheim Ducks in relief of Smith, after the number one goalie was pulled with an injury.

"(Koskinen) got a little bit of action the other night which was good. He was solid and he's been focused on this game to start the season for a few days now."

The Oilers recalled goalie Stuart Skinner from their AHL affiliate in Bakersfield, CA.

Tippett said the move means Skinner will serve as Koskinen's backup Thursday night instead of Smith.

With back-to-back games Thursday and Friday Tippett did not rule Skinner out as Friday's starter.

The Oilers' head coach said the starting goalie decision for Friday's game in Las Vegas will be based on how Thursday's game goes.

"See how the goalie is after the game," said Tippett. "See how the game went. Is it a 50-shot game, is it a 20-shot game? And how much work is done? We'll just read and react after this game."