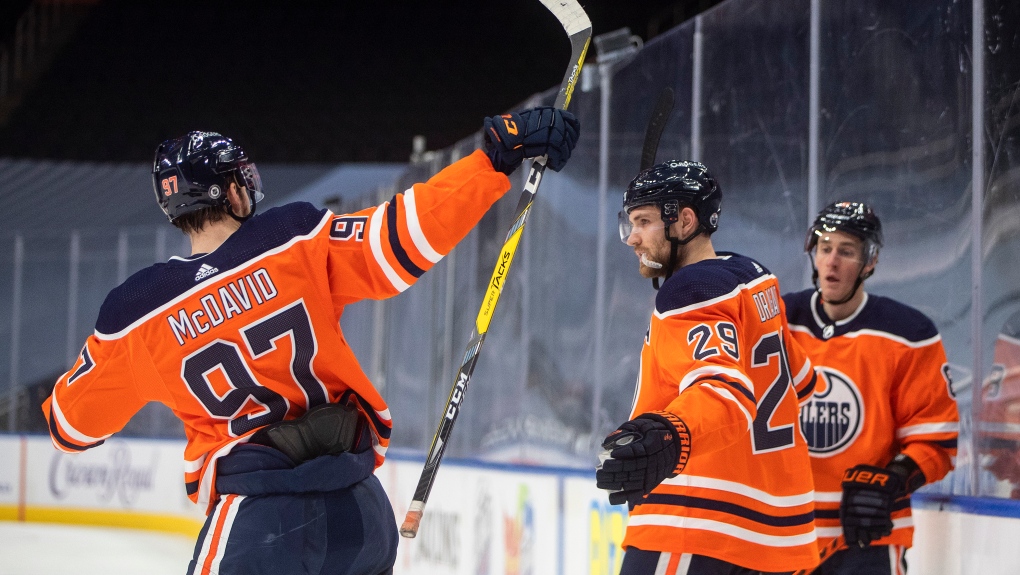 EDMONTRON -- Giving up a goal less than a minute into the game didn't rattle the Edmonton Oilers.

Kailer Yamamoto scored the first of three straight goals by Edmonton, and the Oilers held on to beat the Ottawa Senators 3-2 on Monday.

Evgenii Dadonov got the Senators on the scoreboard though, just 56 seconds after the puck dropped, but the Oilers didn't falter in the first of three games this week between the two teams.

“We're learning on a nightly basis how to play those games, which is good to see,” said Alex Chiasson, who had a goal on the night. “Our group stays in the fight and find ways to win games when we may not be at our best right off the bat. It's good to see our group maturing and finding ways to win games that way.

Tim Stutzle scored the other goal for Ottawa (9-18-1). Thomas Chabot assisted on both goals.

“Our goal was to get out of the first period tied or better. We did that,” said Senators coach D.J. Smith. “It's on us. We made a couple mistakes. Can't fault the effort.

“I thought the third period was a good period for us, had a lot of chances. Second period, couple bad changes end up in goals for them.”

The Oilers improved to 5-0 against the Senators this season, but other than an 8-5 victory in January, the wins haven't come easily.

The Oilers (16-11-0), who started the night a point behind Winnipeg, jumped the Jets into second place in the North Division with the victory.

Despite playing a night earlier in Calgary -- a 4-3 Ottawa win -- the Senators got off to a hot start when Dadonov spun and fired past Mikko Koskinen, the Senators' second goal in the opening minute this season.

“It's a long game and stuff happens. So you can't get rattled by that,” said Oilers centre Kyle Turris.

Yamamoto tied it up with a perfect redirect of a long shot by Darnell Nurse at 7:03 of the first period.

Stutzle breathed some life into the Senators with a shot over the shoulder of Koskinen at 17:57 of the second period, and Edmonton went into the second intermission with a one-goal lead.

“We give up a tough one early, but our guys stuck with it,” Tippett said. “We played pretty solid for the most part throughout the whole game. We give up two goals that were both kind of tough ones, the second one's a deflection and the first one just squeaks in.”

Daccord made a few excellent saves in the final minutes to keep the Senators in the game, but they couldn't get the tying goal, and fell to 0-6 this season in the second game of back-to-backs.

“He was great, gave us ever opportunity to win,” said Smith.

“I like the way we don't get flustered at the end,” Tippett said. “We know . . . you're going to have to play the whole 60 (minutes) right through it, right until there was a bouncing puck came with about four seconds left.

“That was our mindset after the first period, second period and third period. And you know, the goal is to get two points and we were able to get it we got to re-rack and get ready for game two.”

The Sens and Oilers meet again Wednesday and Friday in Edmonton.

This report by The Canadian Press was first published March 8, 2021.