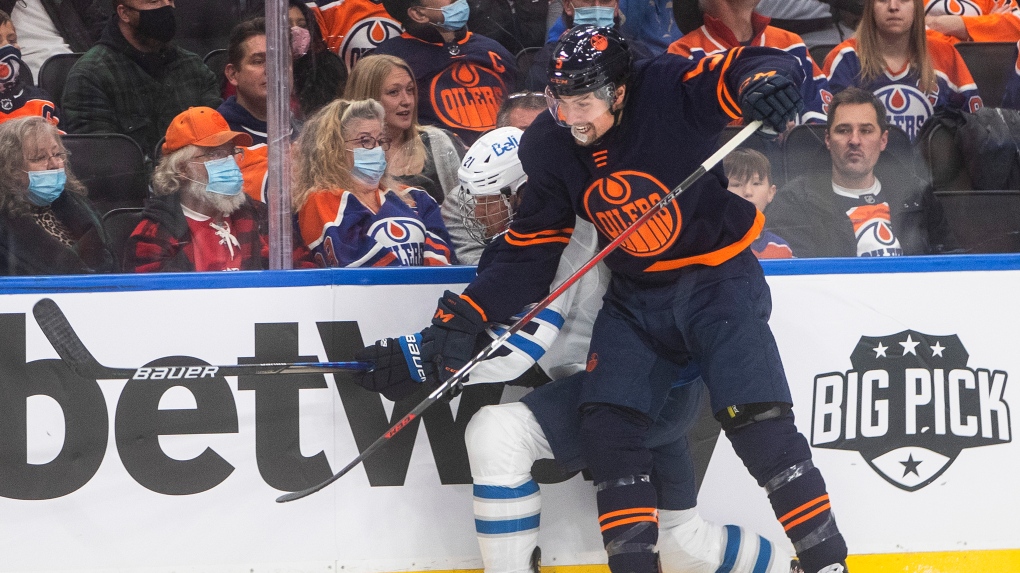 Oilers defenceman Cody Ceci has been placed in the National Hockey League's COVID-19 protocol and the team's Tuesday practice has been cancelled, the team announced.

"Today's practice has been canceled for precautionary reasons," the team tweeted early Tuesday.

Being on the COVID-19 protocol list does not necessarily mean a player has contracted the coronavirus.

In other moves, defenceman Duncan Keith was placed on injured reserve after suffering an upper-body injury against the Dallas Stars last week.

The team recalled defenceman Markus Niemelainen from the Bakersfield Condors.

The Oilers host the Pittsburgh Penguins on Wednesday night at 8 p.m MT.

Penguins star centre Sidney Crosby as well as defenceman Brian Dumoulin, both entered the league's COVID-19 protocol on Nov. 3 after both tested positive.

Both playes have since returned to action.

COVID-19 has been found in a number of NHL teams in recent weeks. Three Ottawa Senators games were postponed earlier in November after 10 players and one coach were placed in the COVID-19 protocol.

Last week, the NHL also postponed New York Islanders games through at least today as the team had eight players test positive as of Saturday morning. The Islanders won't return to the ice until Dec. 4 at the earliest.

Three members of the Carolina Hurricanes, including former Oilers defenceman Ethan Bear, were also announced yesterday to have tested positive.

Where unmarked graves have been found at Canada's residential schools