One dead after vehicle hit by train: Leduc RCMP 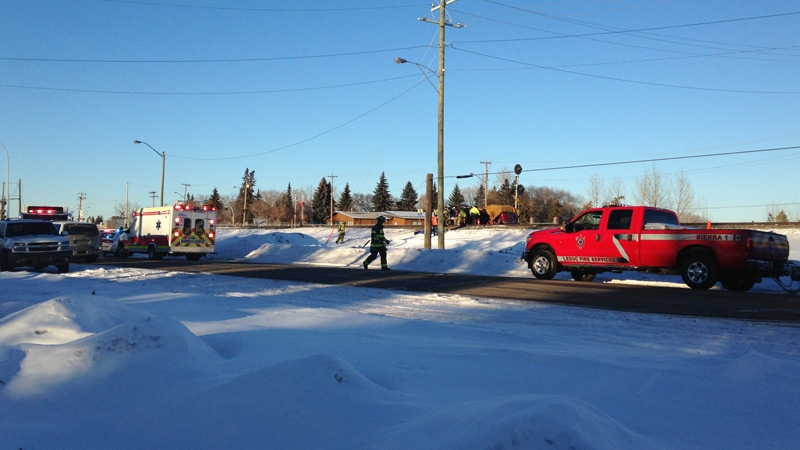 RCMP and emergency crews on the scene of a fatal collision in Leduc on Tuesday, February 25.

Police south of Edmonton told CTV News Tuesday afternoon that one person was dead, after a collision involving a train and a vehicle.

Leduc RCMP said officers were investigating the incident that unfolded on the train tracks near 50 Street near Telfor Lake at about 3:30 p.m. Tuesday.

Few details were available, as officials said police were in the early stages of their investigation, but it was confirmed the incident involved a train and a vehicle, and one person was confirmed to be dead.

An RCMP official also said there didn't appear to be an issue with the train at the time of the crash.

Firefighters and paramedics, along with Victim’s Services remained at the scene for some time after the collision took place.