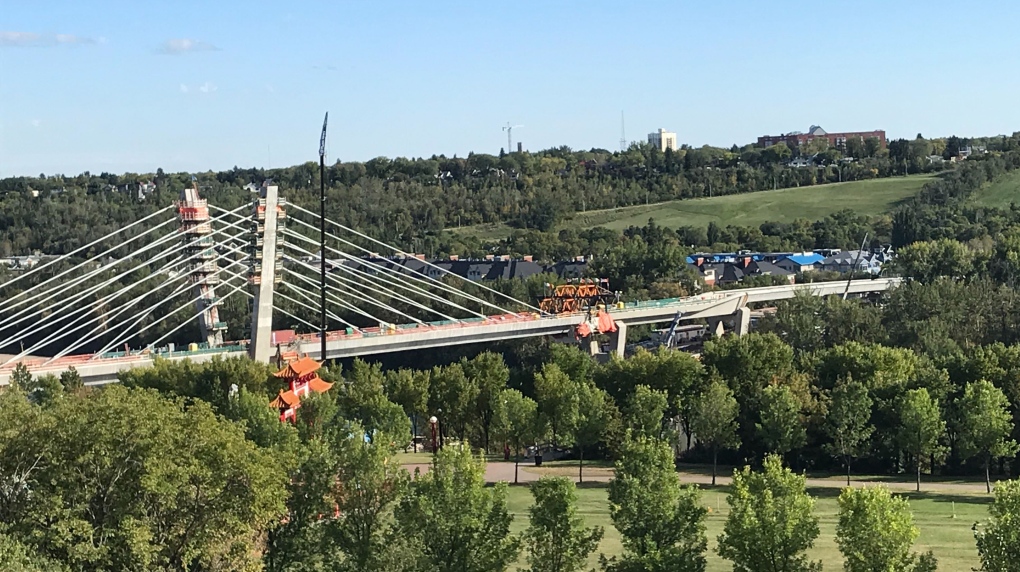 EDMONTON -- Crews hit another major milestone on the Valley Line Southeast LRT Friday with the completion of the Tawatina Bridge span.

The bridge now connects the north and south banks of the North Saskatchewan River, but the LRT line is still well behind schedule.

It's unlikely the line will be completed until at least next summer or fall.

Tracks and the pedestrian walkway underneath are expected to be completed in 2021.

TransED found a large concrete mass in the river in 2017, which set construction on the project back by months.

The line was originally slated to open by the end of this year. 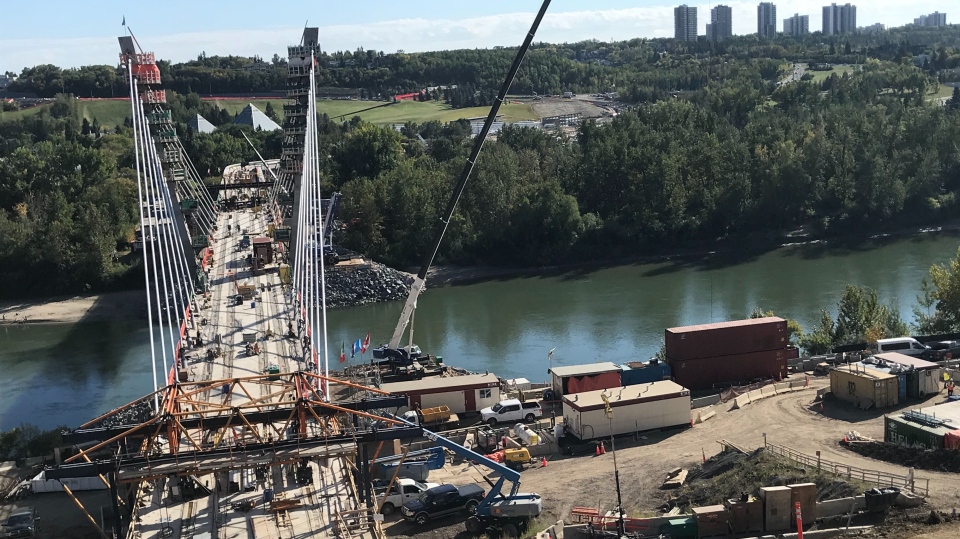