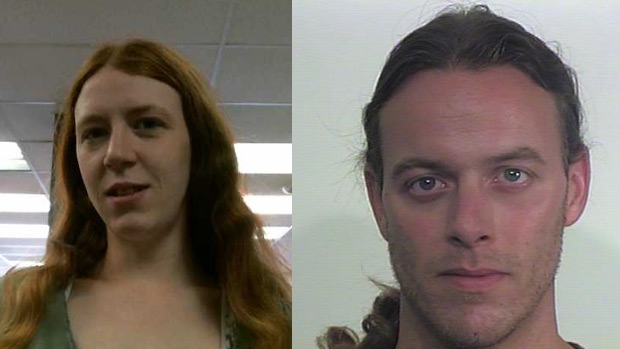 Edmonton police were searching for Maryanne Blanchfield, 24, and Andrew O'Coin, 33, in connection with the alleged abduction of an 11-year-old child.

Police in Ontario have arrested a man and woman accused of abducting a 11-year-old child from Edmonton.

Edmonton police said they received a call around 4:20 a.m. Saturday reporting that the 11-year-old girl had not returned from visiting her father on Friday.

“The biological father and the mother had made arrangement for the daughter to be picked up at around 4 p.m. that same day,” detective Aubrey Zalaski said.

He explained that the arrangements were changed following some communication between the mother and the female suspect.

“Mom was then going to pick up the daughter at approximately 7 p.m. that evening at the father’s residence.”

However when the mother showed up no one was there.

“She discovered that the father had not lived at that residence and had been evicted a day prior.”

The mother then contacted police.

The duo were spotted in a restaurant in Kenora, Ontario by a citizen who alerted police.

Official said the girl was safe and unharmed.

Police said the investigation continues and charges may be laid.