The east African country is undergoing a period of civil war as many of its multiethnic nations fight for self-autonomy and recognition.

A caravan of cars with flags, signs, and stickers drove around north and northwest Edmonton to protest ongoing ethnic violence in Ethiopia.

Dereje Galeta, one of the event organizers and Oromo community leaders, said in an interview that the rally was meant to highlight the need for justice in Ethiopia as conflict plagues the state.

“The government is killing innocent civilians,” he said. “There is a mass killing going on.

“Especially targeting the Oromo people and other nations, nationalities, and people in Ethiopia.” 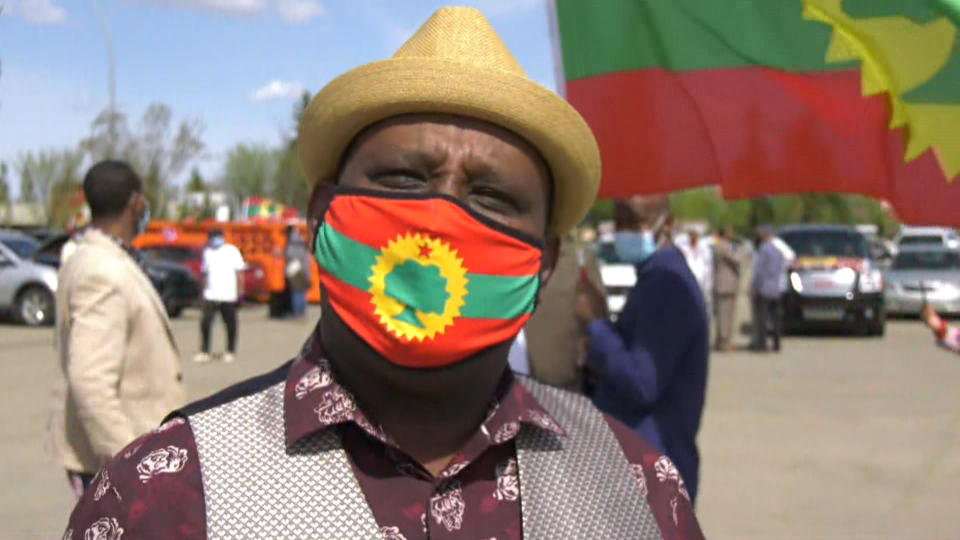 Galeta added that the Edmonton community of Oromo-Canadians wanted to make a stand and ensure their voices were heard internationally so that an all-inclusive political dialogue in Ethiopia can happen.

For Galeta, the Ethiopian national election occurring on June 5 is concerning since he says many opposition leaders who want to participate are under house arrest or in jail.

“It is ruthless,” Galeta said.

The rally started at Kingsway Mall, headed down 109 Street toward Jasper Avenue and then proceeded to Westmount Mall.

CTV News Edmonton estimates there were about 200 cars that participated in the rally.

Ayantu Abduro, Oromo Youth Association of Edmonton president, hoped the car rally would raise awareness of the conflict to Canadians.

She added that while this is not the first rally the Oromo community in Edmonton has hosted, it is important for community members to continue showing their support.

“Never forget your roots from where you came from,” she said. “We are proud of who we are… We must make a stand.

“Even if we were are not known, we should show off our pride.”