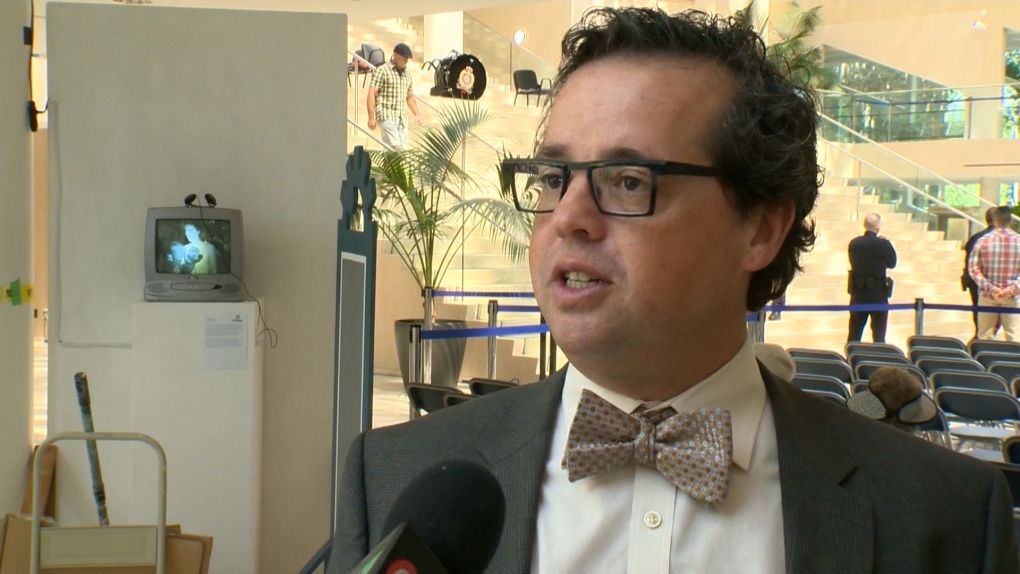 Oshry tweeted a brief statement saying that he had filed his nomination papers so he could “start to build a campaign.”

“I have been putting together the structure of a campaign and today I am formalizing this effort,” his statement said.

“This is just the beginning, but I do want to say that there is no question that our next mayor will be challenged to lead at a crucial time - we have not encountered this level of uncertainty in a generation.”

Oshry served as Ward 5 councillor from 2013-17, when he decided not to run again.

He becomes the third mayoral candidate with council experience - joining the race  with Kim Krushell and former colleague Mike Nickel.

Current councillor Andrew Knack and former councillor Amarjeet Sohi have each not ruled out running as well.

Current mayor Don Iveson has announced he is not seeking re-election.

Oshry’s announcement comes two months after his candidacy was leaked by Nickel.

Other candidates for the Oct. 2021 vote include Cheryll Watson, Diana Steele and Brian Gregg.

NO FAVOURITE YET: COURNOYER

Along with Krushell and Nickel, Oshry immediately joins an early group of well-known favourites for the job, local political writer and analyst Dave Cournoyer said.

“People can debate what his one term on council was like. But he has business experience, council experience, so he’s experienced both in and out of politics and I suspect he’s going to be bringing some organization and pretty reputable campaigners with him,” he said.

Cournoyer said it’s too early for him to pick just one person likely to get the job, because we still don’t know if other big-name candidates will declare.

He added platforms are still very vague, but based on historic ties, Cournoyer said all three main candidates lean right.

Krushell and Oshry were involved with the Progressive Conservatives, and Nickel ran for a UCP nomination.

“The three main candidates who have announced that they’re running all seem to be conservatives, of one shade of blue or another.”

The announcement of a more progressive voice like Knack or Sohi would change the race drastically, Cournoyer believes.

Edmontonians are scheduled to vote on a new mayor and council on Oct. 18.