'Our kids are going to be super vulnerable in our schools': Alta. doctors calling on feds for help 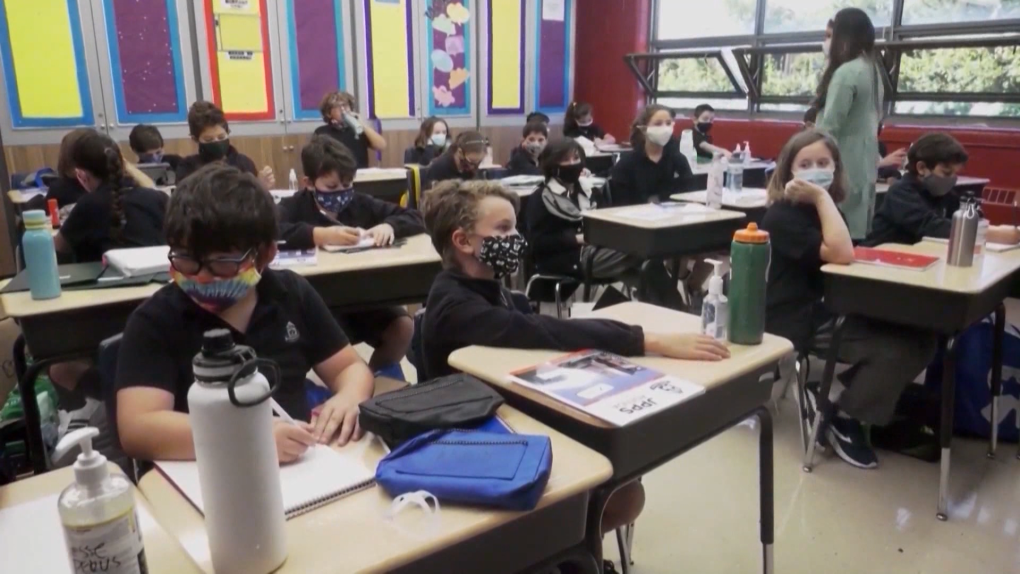 A coalition of doctors has sent a letter to the prime minister asking the federal government for funding to help Alberta schools prevent the spread of COVID-19.

“Most Alberta parents feel completely abandoned by the provincial government, the direct result of their change in policy is that our kids are going to be super vulnerable in our schools,” said Dr. Joe Vipond, an emergency room physician.

“Not only will kids be able to go to school with COVID, they won’t even know they have COVID because we aren’t doing testing anymore.”

“Although kids are less affected, they don’t tend to die from COVID… a certain number of them endure long COVID,” said Vipond. “Even if the percentage of hospitalizations is pretty low, if you get a whole bunch of infected kids, there’s going to be a substantial number of people that are hospitalized or in the ICU.

“If we can get help from the school boards, the feds, even our municipal governments, we’ll take help wherever we can, since the provincial government has abdicated their responsibility.”

The money would go towards air filtration units, high quality masks, and CO2 monitors, according to Vipond, who is also a parent.

“It’s pretty clear this is an airborne-transmitted disease, so unless we recognize how it’s transmitted, it’s very hard to see how we’re going to mitigate that transmission.”

The letter to the prime minister claims the government of Alberta failed to provide schools with funds previously allocated by the provincial government.

According to a statement from Alberta Education, school authorities have had access to $1 billion in funding for COVID-19.

“We are confident that all school authorities have been provided the supports they need to provide a safe, world class education to their students.”

Alberta Education added that an additional guidance document is being finalized and is due to be released in mid-August.