EDMONTON -- Edmontonians got the chance to help paint a mural inspired by Indigenous culture that will be displayed in Inglewood.

The mural is being made as a part of the Park Street Projects by Wild Heart Collective and Alberta Culture Days.

“Hopefully there’s big community support for this in other communities, especially in a time where we can’t really come together, but we can bring beautiful projects to neighbourhoods like this.” 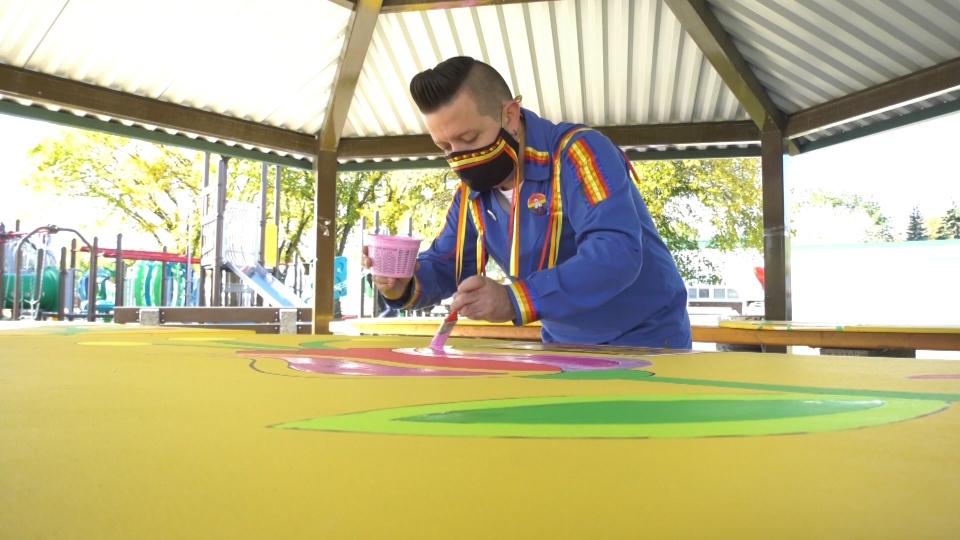 The main artist behind the mural is Lance Cardinal, who worked on similar murals in 2019 and at IKEA this summer.

“It’s a really great chance for the Indigenous and non-Indigenous communities to come together and work as a team towards something that brings culture and community together,” said Cardinal.

The murals feature flowers inspired by designs found on moccasins.

“It’s kind of a melding of Indigenous culture and French culture… that bring the energy and the spirit of the Metis flower,” said Cardinal. “I think it’s really important that these projects happen in our communities all over Edmonton. Cultural representation, Indigenous representation, needs to happen more in our city.”

One Inglewood resident, Carmen Nelson, said she was excited when she learned of the event.

“We just moved to this area in February and it’s a nice way to connect with the community and teach (my daughter) about culture,” said Nelson. “I think it’s going to be a beautiful addition to the community.”

The mural will be made of seven panels and displayed outside on the Inglewood Community Hall.

The mural will be covered with an anti-graffiti coating when it is finished. Franke said it should be five to 10 years before it needs to be touched up.