Parents send kids back to classrooms with 'mixed bag' of opinions 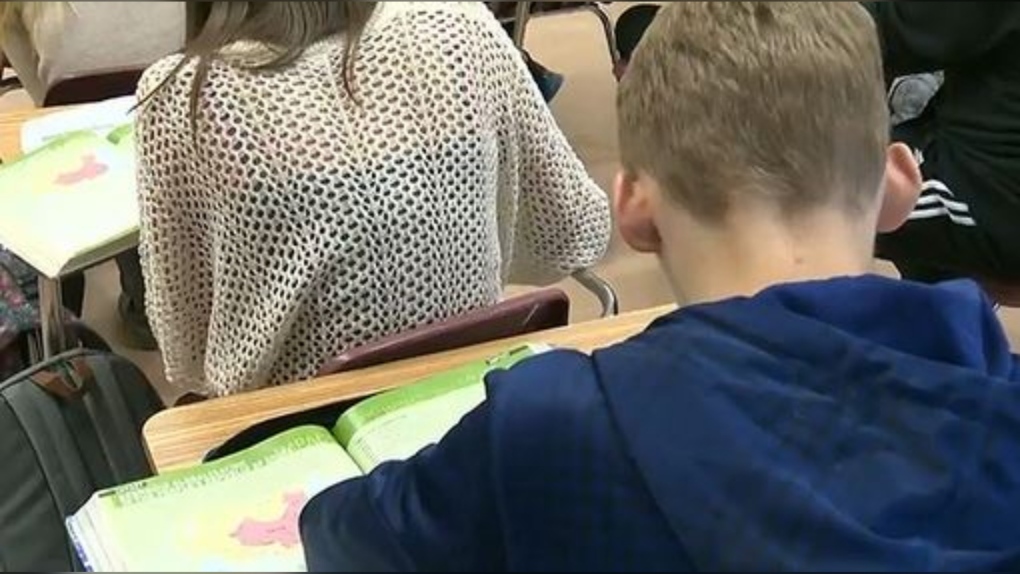 There were mixed feelings among some Edmonton parents as they sent their kids back to school for in-person learning on Tuesday. (File Photo)

EDMONTON -- As parents of K-12 sent their children back to school on Tuesday, there was a range of emotions from those who spoke to CTV News Edmonton.

One Edmonton mother told CTV News Edmonton she's "really happy" to be sending her kids back to in-person learning.

"They were so bored at home," the mother said.

She said while she is confident her kids are safe to go back to school, she isn't convinced they won't be pulled out again before the beginning of summer vacation.

Another mom, Naomi, told CTV News Edmonton she's been practicing safe habits such as mask-wearing with her Grade 1 daughter, in preparation for the return to class.

"I think she's really excited to see all of her friends," Naomi said. "I've seen her teacher and I think I'm very confident in her abilities to make sure that they're safe."

Last week, Alberta Education Minister Adriana LaGrange announced K-12 students in the province would return to in-person learning this week – with the exception of kids in the Regional Municipality of Wood Buffalo.

K-6 students had been learning remotely since May 7, after the province suspended in-class activities. Students from Grades 7 - 12 had been studying online since April 20.

Lori Gurnett, a mother of five told CTV News Edmonton her family has a "mixed bag" of opinions on the return to classrooms.

"My youngest is really happy," said Gurnett from outside Holy Cross Catholic School. "My older ones have just adjusted to online. They'd rather stay home."

Gurnett called the return to in-person learning for her older children "silly," saying one of her daughters has only a week of classes before she writes final exams.

"I think they're feeling a little uncertain at the moment," she said of her older kids. "I feel like they feel behind."

When asked whether she feels heading back to in-class learning is the right decision, Gurnett said she doesn't know.

"I think another week would have felt a little bit better."

Unlike Naomi, Gurnett isn't so sure school staff have the ability to keep COVID-19 out of classrooms.

"They're kids," she said. "It's really hard to keep kids away from kids."

"Mine are lonely," Gurnett added: " I feel like the mental state is probably worse sometimes than the fear of COVID at this stage in the game."

"I'm more concerned with my teenagers, of them just feeling really depressed and lonely and not being able to engage with other kids."

With Edmonton Public Schools (EPSB) on professional development days Tuesday and Wednesday, Catholic Schools were the only ones in Edmonton to see students return the day after May long weekend.