'Part of my heart is in Fort McMurray': Wildfire victim starts donation drive for flood victims 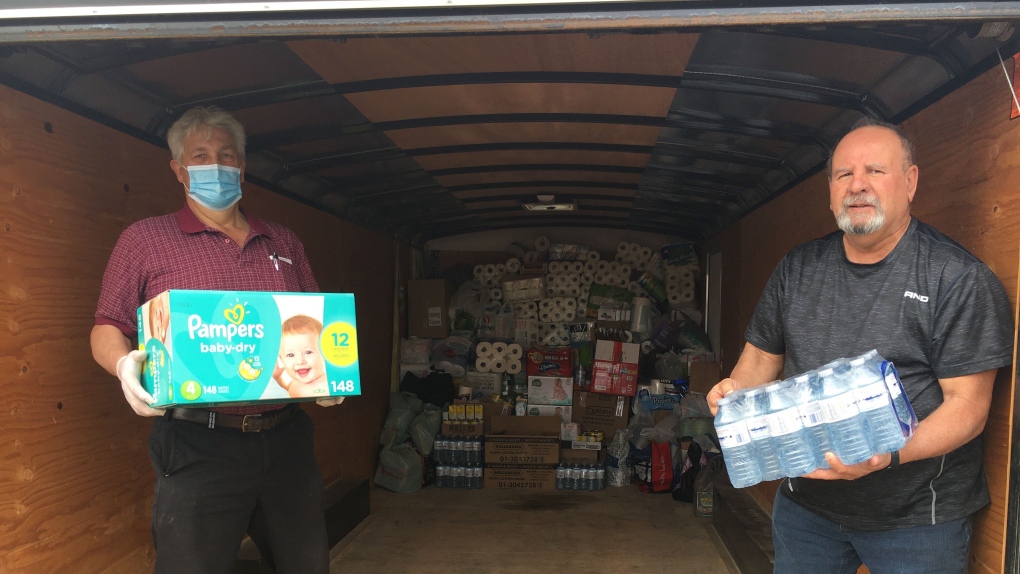 EDMONTON -- A Spruce Grove man who lost his home in the Fort McMurray wildfire is giving back to his former neighbours, forced out of their homes by the flooding.

Real Chartrand lived in Fort McMurray for 40 years before the devastating 2016 wildfire destroyed his home.

Now, along with friends, family and volunteers from his church in Spruce Grove, he is filling as many trailers as possible with non-perishable food donations to deliver to flood victims.

"Part of my heart is in Fort McMurray so I'm doing whatever I can to help them out," Chartrand explained.

He is overwhelmed by his new community's response.

"We used to say we're Fort McMurray strong, now I can say we are Alberta strong because it's coming from everyone around Alberta even B.C, Ontario. It's fantastic," Chartrand said.

Approximately 13,000 people have been evacuated from their homes, after an ice jam in the Athabasca River caused flooding in Fort McMurray.

Chartrand and his team are in the parking lot of Holy Trinity Catholic Church, west of Spruce Grove, until Saturday. They are accepting donations of cash or food.