Pedestrians only: 104 Street closed to make room for patio dining

EDMONTON -- As of this weekend, 104 Street between Jasper Avenue to 102 Avenue will be blocked off to motorists to encourage foot traffic in the area in the hopes of providing a boost to local business.

In conjunction with Downtown Dining Week, the Downtown Business Association (DBA) has organized two weekends to have restaurants and bars in the area expand their patios onto the streets.

Executive director for the DBA, Puneeta McBryan told CTV News Edmonton that they’re just “taking it one week at a time right now,” with a desire to make it a spring and summer event, but only on weekends.

“Definitely not weekdays there’s too many businesses and stakeholders involved,” she said.

Downtown normally has thousands of office workers staying for lunch or having a drink and dinner after their shift, but now that the core is vacant Puneeta said businesses have been suffering.

“The impact on downtown businesses of not having all those office workers has been massive,” she said.

“There’s the people who are loyally coming downtown to visit their favourite businesses but it’s not nearly enough.” 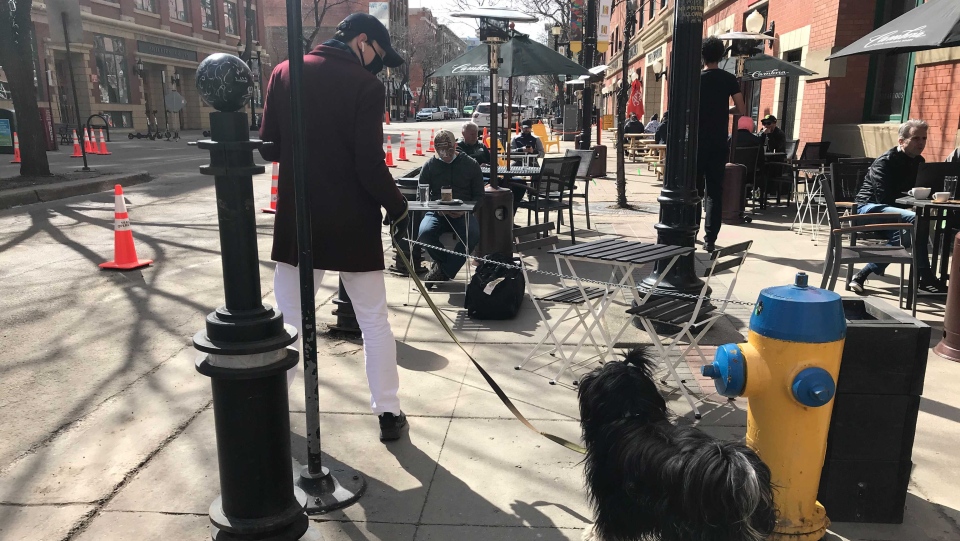 Puneeta told CTV News shutting down access to the 4 Street Promenade for the weekend makes the street more of a destination for Edmontonians to come experience outdoor dining. Adding that it was a lot of work to bring this idea to fruition so quickly.

“I think everyone is recognizing this is well worth the effort,” she said.

“This is really an emergency COVID response to support these businesses.”

Puneeta added while there is a lot of interest to make this idea permanent, they’re taking it “those two weekends for now.”