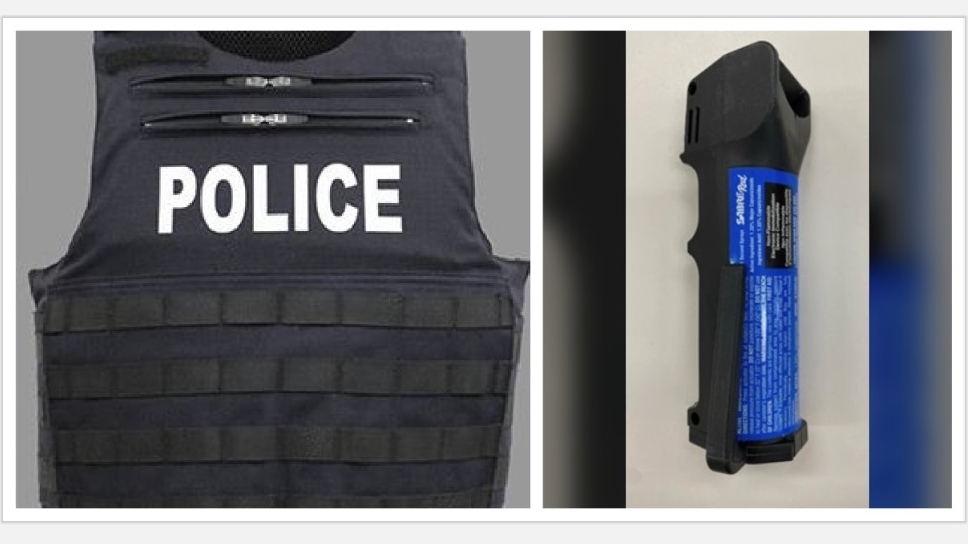 Edmonton police are searching for items stolen out of an RCMP cruiser parked in the west part of the city (Source: EPS).
EDMONTON -

The Edmonton Police Service (EPS) is asking for the public's help in locating a ballistic vest carrier and can of pepper spray stolen from a parked RCMP cruiser.

The RCMP items were stolen from an unmarked vehicle parked at a residential back alley in west Edmonton sometime between Wednesday at 5 p.m. and Thursday at 5 p.m., EPS said in a release.

"In the interest of public safety, EPS and Alberta RCMP are notifying the public of these missing items," EPS said in a statement.

The cruiser was damaged during the break-in and police say a number of items were stolen, including the ballistic vest carrier with no ballistic plates, a canister of pepper spray or RCMP-issued Sabre Oleoresin Capsicum Spray, and RCMP business cards.

"Citizens can also call the police non-emergency number to verify an officer's identity."