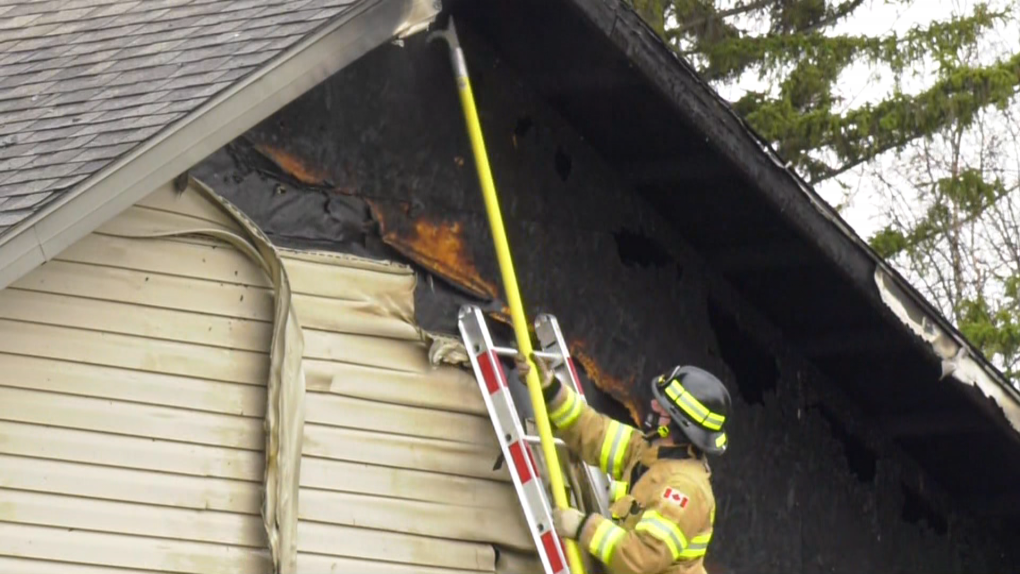 EDMONTON -- Edmonton Fire Rescue Services responded to a fire that damaged a home in west Edmonton.

Malcolm Hills, a district chief with fire rescue, said in an interview with CTV News Edmonton that the firefighters arrived and managed to get the fire under control in 20 minutes.

“They hit it right away and knocked it down quite quickly,” he said.

Hills said the home’s sole occupant tried to put the fire out themselves and rescue their “bunch” of pets. According to Hills, the man sustained minor burns on his arms in the process. They were treated by EMS on scene and released.

No pets were injured.

Investigators are on-scene and say there is no cause or point of origin for the blaze as of now.