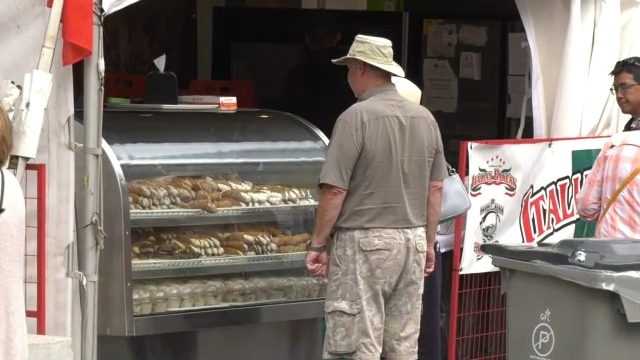 Attendance increased 30 per cent, with this year's attendance anticipated to be around 300,000 people by the end of Sunday — higher than 2019's figure when the festival was hosted at the legislature grounds and last year's socially distanced version.

"This year has been phenomenal," Vienneau said. "We had a very nice turnout last year, but this year just exceeded expectations."

"I can't speak on behalf of 300,000 Edmontonians and people that enjoyed the festival, but I do feel that everybody was smiling, they were happy, they were enjoying great cuisines from all of our partners," Vienneau added.

Vienneau hopes that strong attendance helped spur other nearby downtown businesses as people made their way into Edmonton's core and that attendees who tried new foods at vendors will want to visit their permanent locations.

"Now it's the magic of being able to drive all of this traffic back to the restaurant's bricks and mortars," he said.

Next year the event will return to Churchill Square, with planning already underway.

"It'll be bigger and better," Vienneau said. "We'll just continue to move forward with the growth that we experienced this year and really have a lot of fun."