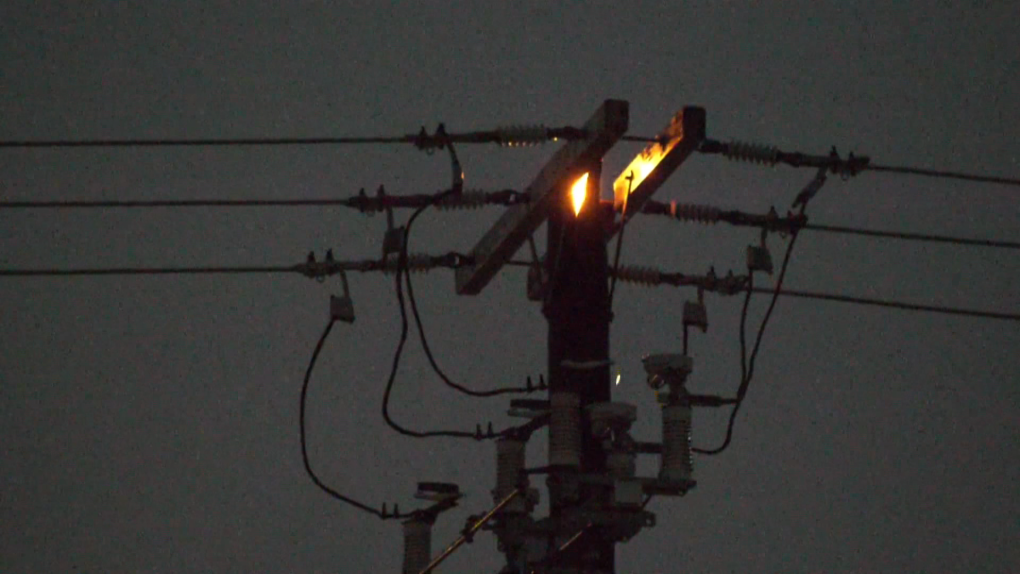 EDMONTON -- Traffic lights were out in a northwest Edmonton industrial area due to a power outage.

A pole fire caused the outage in the area along 118 Avenue between 184 Street and 151 Street early Monday morning.

At 11 a.m., the affected area was reduced but the outage was still impacting areas along Yellowhead Trail between 184 Street and 170 Street and as far south as 111 Avenue. 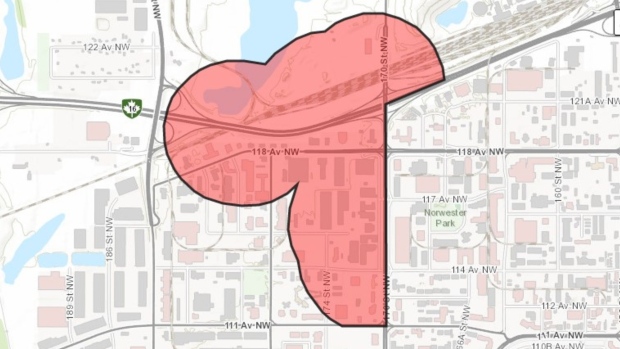 The outage was resolved by noon.

Firefighters were called to at least four power pole fires in less than an hour Sunday night, as rain fell on Edmonton.

At the 132 Avenue scene, small flames could be seen at the top of the pole, while embers occasionally fell on residential lawns below.

A firefighter told CTV News Edmonton they were waiting for EPCOR before putting the flames out, unless it posed an immediate threat, because of the unlikely but possible shock hazard.

According to the EPCOR website, 430 customers in the Alberta Avenue and Delton were without power Sunday,.

Pole fires are reportedly common in the spring, particularly after the first spring rain.

Last night, power outages occurred in #yeg due to pole fires. Pole fires are common in the spring, when it’s dusty and dirty after a long winter and then we get rain. Learn more about pole fires and how we respond: https://t.co/DZIVKrXGTg