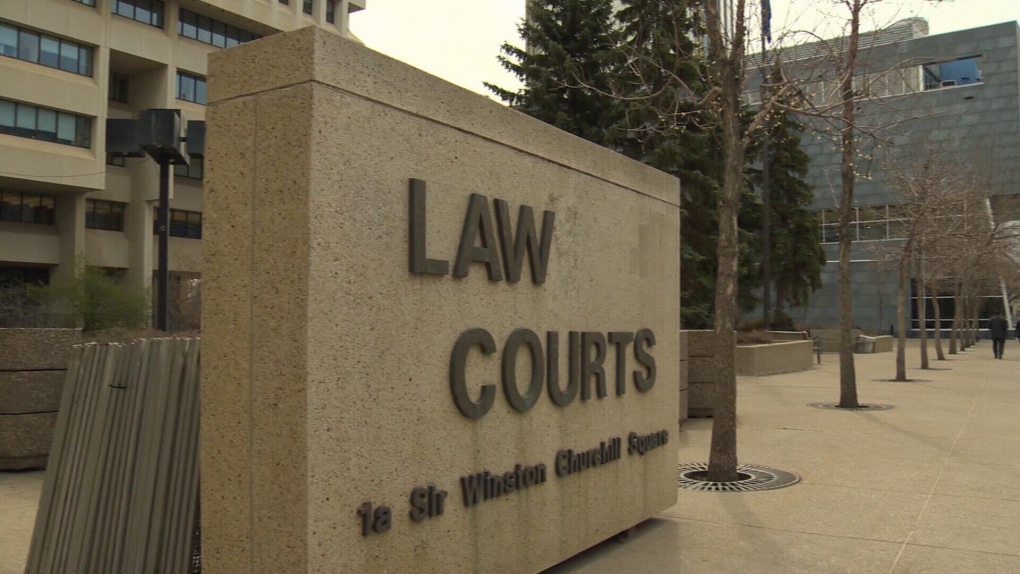 A man who led a police pursuit from St. Albert to Edmonton where he struck a police car, fled from the RCMP, lost a tire, and had a small fire start under his vehicle, pleaded guilty to several charges on Friday.

Brian Hosack, 22, pleaded guilty to charges of dangerous driving and fleeing from police and was handed a two-year sentence and a three-year driving prohibition at Edmonton's Court of Queen's Bench on Oct. 1.

Hosack originally faced a slew of charges and court heard that on May 26, 2019, St. Albert RCMP received a 911 call from a woman who alleged her son had been kidnapped and was in a vehicle with Hosack, although Hosack did not plead guilty to kidnapping and denies the charge.

The RCMP used cellphone pings to locate Hosack, who was driving the vehicle, but when the RCMP turned on their emergency lights Hosack sped off, going westbound down McKenney Avenue.

Hosack drove into the oncoming lane west down McKenney and turned into a residential area. When the RCMP drove toward Hosack, he sped up and rammed into the front passenger side of the unmarked police car, which had its emergency lights on. The RCMP officer received minor injuries in the collision.

The pursuit continued into Edmonton where the police helicopter and the Edmonton Police Service became involved.

“At this point the front passenger tire began to wobble and then fall completely off, likely as a result of the collision with the police vehicle,” read the agreed state of facts.

The vehicle eventually broke down in the Rossdale neighbourhood in central Edmonton, where Hosack was arrested.

The two-year sentence was a joint submission by both the Crown and defence counsel, and Hosack asked to be sentenced for two years so he could receive help for substance-use issues and mental health.

The two-year sentence would put Hosack in a federal penitentiary, which offers more support programs than provincial institutions.

Through tears, Hosack explained to the justice he had been trying to seek help for substance use, mental health, and thoughts of suicide, but could not find anyone to help him.

“I don't want to go to jail. I need a hospital to help me,” Hosack said.

“I feel like it's the only help I can get, and I don't know if there is any other kind of help. I would rather go to a hospital and get my help that way.”

Hosack said he had tried to check himself into hospitals in the province but was denied help because he didn't have proper paperwork and some of his files had been lost.

Court heard Hosack had struggled with drug addiction and substance use since he was 14 years old and has suffered from homelessness in his adult life.

Justice S. Hillier was torn over sending Hosack to a federal prison to get mental-health support, but in the end, Crown prosecutor Scott Pittman said Hosack needed to be sentenced for his crimes and two years was a fit and proper sentence.

Pittman said the facts of the case were “ridiculous,” with Hosack riding down the highway in oncoming traffic with a fire sparked from riding on his rims, and that a 24-month sentence is fit for the crime.

Hosack received six months for fleeing from police and 18 months for dangerous driving. He is set to have a two-year driving ban and will have to submit a DNA sample to the court.