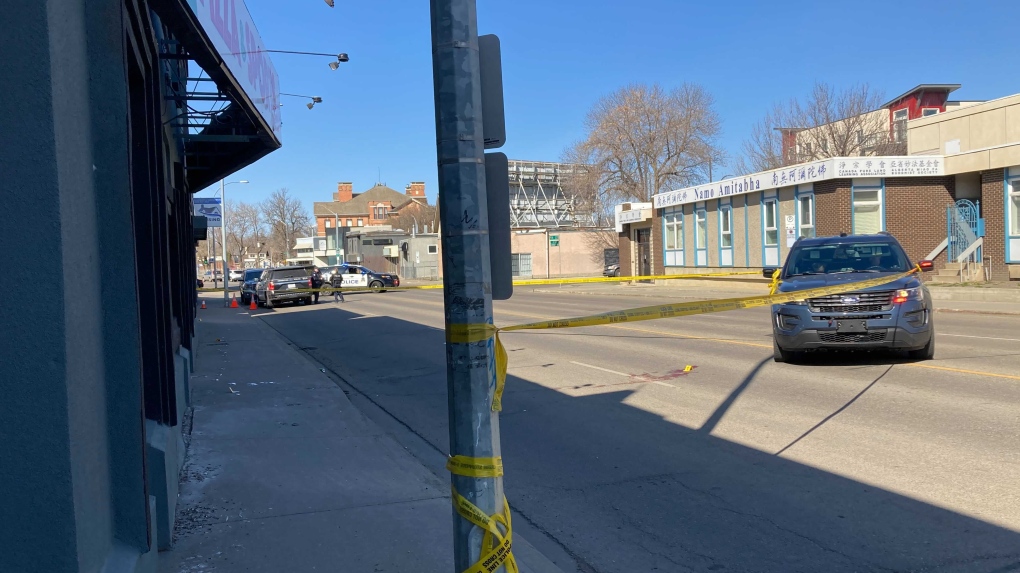 EDMONTON -- Members of the Edmonton Police Service are investigating a stabbing that occurred early Sunday morning.

One man was rushed to hospital Sunday after he was stabbed in the area of 111 Avenue and 93 Street. No exact time of the incident was given by police.

Police were unable to provide an update on the man’s condition.

Officials remained on scene as of 11 a.m. Sunday and a section of 111 Avenue, between 93 Street and 94 Street, remains closed.

While on scene, CTV News Edmonton observed blood visible on the sidewalk that could be seen extending into a nearby alley.