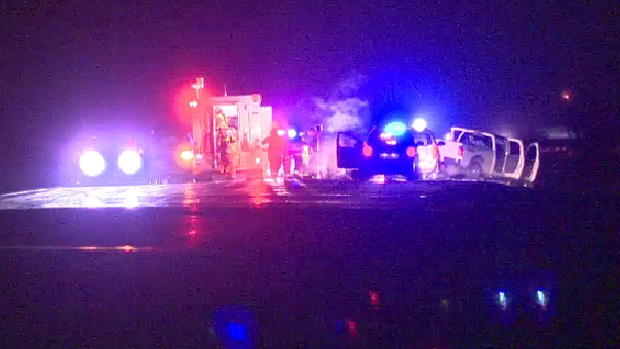 RCMP have been investigating a fatal collision south of Edmonton, near Calmar.

Emergency crews responded to the three vehicle collision on Highway 39 near Range Road 274 around 8 p.m. Saturday.

Police said two cars and a pick-up truck were involved in the collision near Calmar.

Two of the occupants in one of the vehicles were pronounced dead at the scene. Their identities have not been released.

The cause of the collision remains under investigation but officials said road conditions did not appear to be a factor.