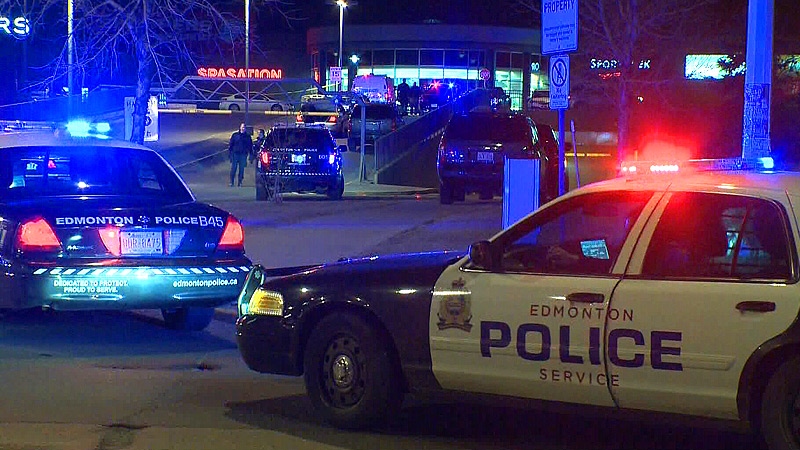 Edmonton police are searching for multiple suspects in connection to a late night fatal shooting near Londonderry Mall Tuesday, April 23.

Edmonton Police are investigating after shots rang out near a northside mall late Tuesday night.

Police told CTV News a man in his 20s was shot at about 9 p.m. near Londonderry Mall.

An officer on the scene said a number of calls were made just after 9 p.m., reporting a man had been shot in the upper parkade.

Witnesses told CTV News they heard between 6 and 8 gunshots.

When officers arrived, they found a man suffering from gunshot wounds; he was rushed to hospital, but succumbed to his injuries a short time later.

Officers are looking for multiple suspects, but they had few details to share Tuesday night.

“Right now it’s really early on in the investigation; we’re searching for more than one suspect,” Acting Inspector Erik Johnson said on the scene. “The victim himself was known to police, and we don’t think this was a random act at all.”

No one else was hurt in the incident, but a number of people were stuck inside the mall as the investigation unfolded in the parkade.

The Homicide Section and Gang Unit have taken over the investigation - a section of the parkade where the shooting took place was still blocked off hours after the incident occurred.

With files from Breanna Karstens-Smith