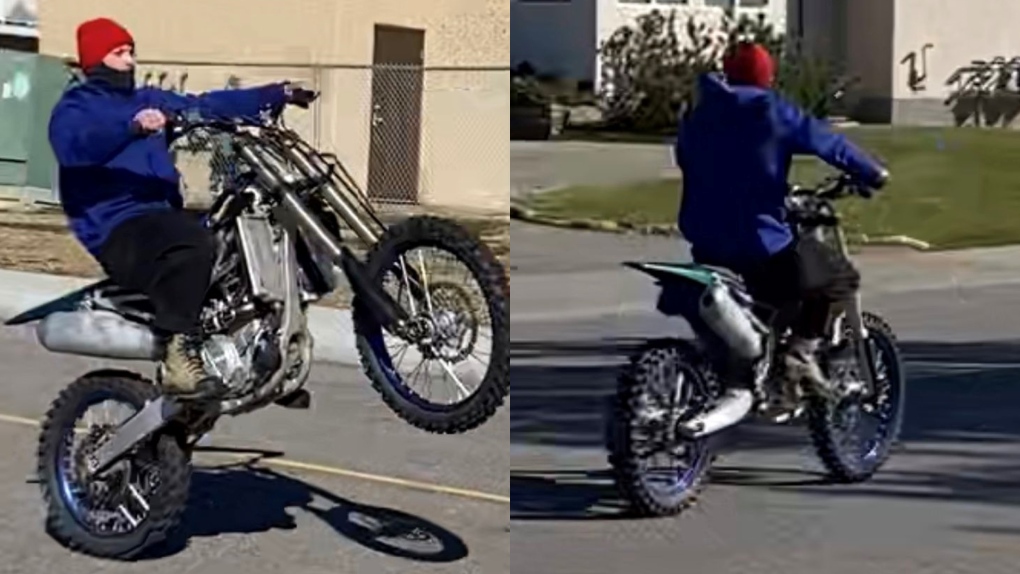 Witnesses captured photos of a person riding a dirt bike in a dangerous manner in Fort McMurray. (Source: RCMP)

Police are investigating after receiving several complaints about dangerous driving in Fort McMurray on Thursday.

A person speeding and stunting on a dirt bike was seen driving on Tundra Drive near Signal Road around 12 p.m.

They were able to provide photos of the bike and its driver to police.

The driver was seen several other times after the incident on Highway 63 driving toward downtown while popping wheelies.

He was last seen travelling northbound on Woodland Drive.

The driver was not wearing a helmet or other protective clothing.

Other residents reported a male ona Yamaha dirt bike driving dangerously in a school zone on Signal Road at 11:50 a.m., and again at 2 p.m.

Police also received reports of a dirt bike driving dangerously in the area of Thickwood and Woodland.

The driver was last seen travelling north on Woodland Drive.

The bike is described as a blue and white Yamaha with blue chrome rims and no licence plate.

The driver is described as a youth or young adult male with dark brown hair, wearing a face mask or neck warmer, white shirt, blue sweater and blue jeans.

Police have not confirmed that the same driver and dirt bike was involved in all the incidents, but say there are similarities in the description of the driver and the bike, as well as the driving pattern.

Canadian singer Celine Dion was diagnosed with stiff person syndrome, a rare neurological condition with no cure, forcing her to take a step away from her world tour.