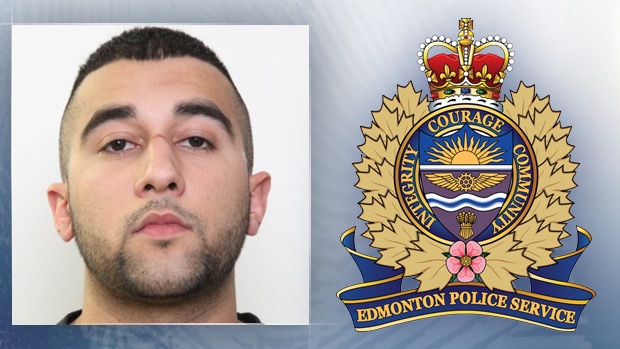 Arman Dhillon, 21, is shown in an undated photo. Supplied.

Edmonton police have issued a Canada-wide warrant for a man who is believed to have been involved in a weekend shooting that left one man dead.

On Wednesday, the Edmonton Police Service Homicide Unit said a Canada-wide warrant had been issued for Arman Dhillon, 21, who was allegedly involved in the shooting death of Amin Mohammed Abdullahi, 30, over the weekend.

Abdullahi and another man in his 20s were shot outside a lounge in the area of 81 Avenue and 105 Street early Sunday morning.

Both were treated and taken to hospital, where Abdullahi succumbed to his injuries, the other man remains in hospital in serious but stable condition.

Dhillon is wanted on 21 charges including first-degree murder, attempted murder while using a restricted firearm, aggravated assault, and using a firearm in the commission of an offence.

The accused is considered armed and dangerous, and EPS said he should not be approached.

Anyone with information that could help police is asked to call the Edmonton Police Service non-emergency line at 780-423-4567 or #377 on a mobile phone. Anonymous tips can be submitted to Crime Stoppers by calling 1-800-222-TIPS (8477).