Police on the scene of serious crash near Smoky Lake 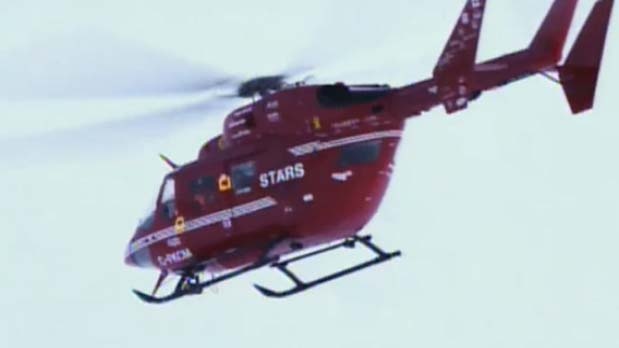 RCMP northeast of Edmonton were on the scene of a serious collision between a motorhome and truck pulling a fifth wheel late Friday morning.

Police were called to the crash on Highway 28, just outside Smoky Lake at about 11 a.m.

Smoky Lake RCMP said a motorhome and a pickup truck pulling a trailer, all with a total of four people inside, were involved in the crash.

Don Farmer was working nearby, and said he heard the crash and went right to the scene to help.

“The guy and his wife were pinned in the vehicle,” Farmer said. “The guy in the motorhome he was really in shock because everything was open.”

Farmer helped direct traffic while others helped the people injured in the crash, like Eddie Wagil, who helped rescue two children who were in the motorhome.

“I got to the motorhome and heard a couple of kids crying in the back,” Wagil said. “They were lying on the floor crying but weren’t hurt too bad.

“The little guy had a scraped foot and was crying ‘My foot my foot,’ and the little girl seemed to have a sprained ankle or something.”

It’s believed two people suffered serious injuries in the crash, that could potentially be life threatening – one was airlifted by STARS to hospital in Edmonton.

As a result of the crash, a segment of Highway 28 was closed to traffic, and motorists are being rerouted onto Highway 855, drivers should expect delays of several hours.

The RCMP Traffic Analyst is investigating the collision.

With files from Susan Amerongen