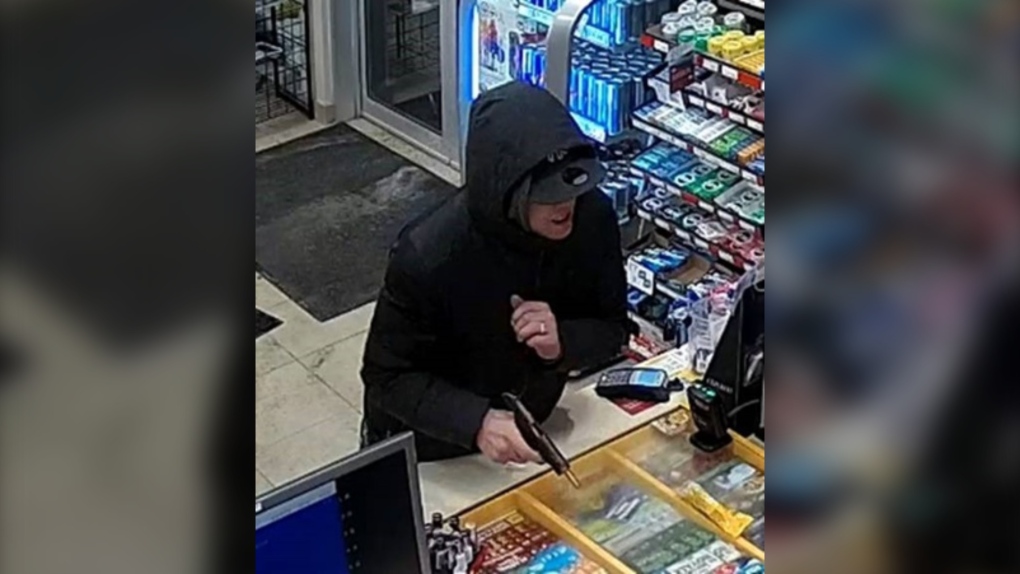 Surveillance photo of a man suspected in two robberies. (EPS)

EDMONTON -- The Edmonton Police Service is asking the public for help identifying a man they say robbed a gas station at gun point, and may also be connected to another crime.

At about 8 p.m. on Tuesday, Jan. 21, a man entered a gas station on 90 Street and 25 Avenue SW and pointed a gun at the employee working the cash register, before firing a shot at the shelving behind them, police said.

The robber then stole some merchandise before leaving the store and driving away from the area in a small silver vehicle, police said.

About an hour after the first robbery, police were called to a nearby grocery store on 97 Street and 23 Avenue, where a man stole a purse while a family was loading groceries into their vehicle, police said.

The thief also left the area in a small silver vehicle.

No injuries were reported in either robbery, and police believe they may involve the same person.

The man is described as 5’8” to 6’0” tall, with dark hair, and was wearing blue jeans, a black zip-hoodie, a black ball cap and black and white sneakers.

Anyone with information about the robber or vehicle should contact the EPS at 780-423-4567 or dial #377 from a mobile phone.