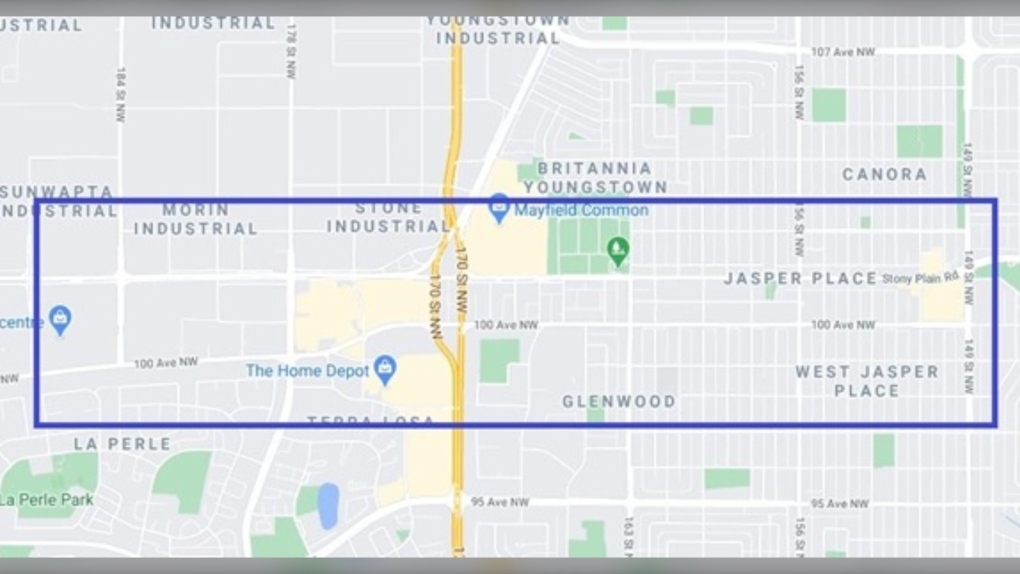 Edmonton police are searching for a person who has been stealing purses along Stony Plain Road, between 149 and 185 Street. Nov. 27, 2020. (EPS)

EDMONTON -- Police are investigating a rash of purse thefts in west Edmonton.

The Edmonton Police Service has received 16 reports of stolen purses in the west end since September, and 22 dating back to Jan. 11.

The majority of thefts have happened at grocery and retail stores along Stony Plain Road, between 149 Street and 185 Street, EPS said.

They follow a similar pattern: A woman puts her bag inside a shopping basket or cart, and when she’s distracted, the thief steals it and uses the debit or credit cards to pay at other stores, police said.

When onevictim had her purse stolen at a business in the area of Stony Plain Road and 168 Street on Nov. 19, she called her bank to find out her card was used at a number of stores nearby.

The thief, who police have identified and are looking for, has stolen more than $5,700, EPS said.

Police are reminding shoppers to watch their possessions this holiday season and asking anyone who’s had their purse stolen or has information about this investigation to call them at 780-423-4567.