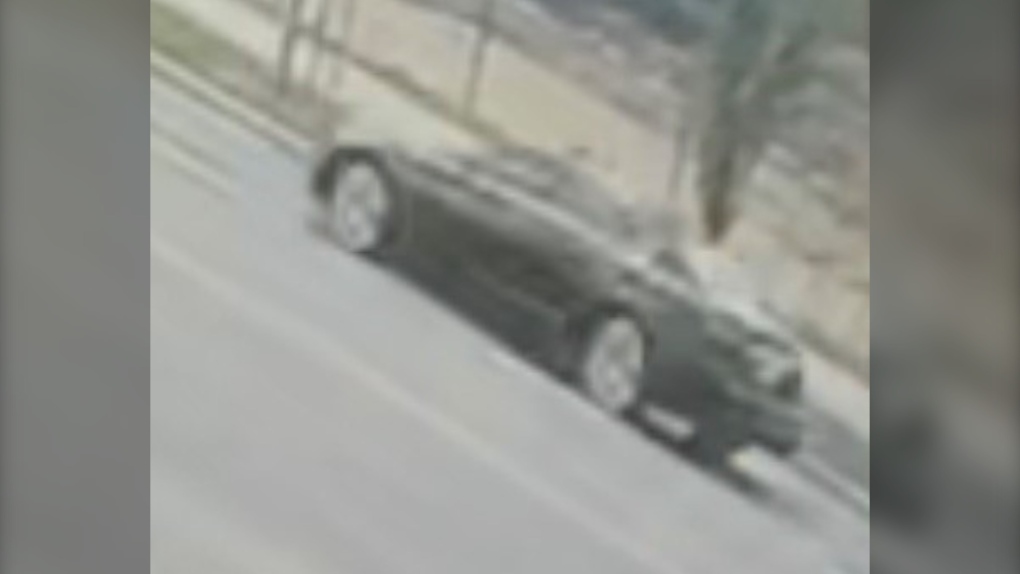 Police are seeking information on this dark-coloured sedan that was travelling with the BMW prior to the collision.
Edmonton -

Edmonton police are appealing to the public for dash cam footage after a collision in south Edmonton on Sunday that resulted in two people being sent to hospital.

Police say a BMW 335XI was travelling south yesterday around 2:20 p.m. near Ellerslie Road on 103A Street SW. Its driver lost control around a curve, causing the car to cross the centre line and collide head-on with a northbound Toyota RAV4.

Speed is believed to be a factor in the collision, according to police.

Police say the BMW was seen travelling with the dark-coloured sedan pictured above near 103 A Street SW and 41 Avenue SW.

Anyone with dash cam footage of either vehicle is asked to contact police.

Canadians Michael Spavor and Michael Kovrig were free and bound for home late Friday after being imprisoned in China for nearly three years, while Huawei executive Meng Wanzhou was heading in the other direction, her own legal saga ending in a deal with the United States.

China's government was eagerly anticipating the return of a top executive from global communications giant Huawei Technologies on Saturday following what amounted to a high-stakes prisoner swap with Canada and the U.S.