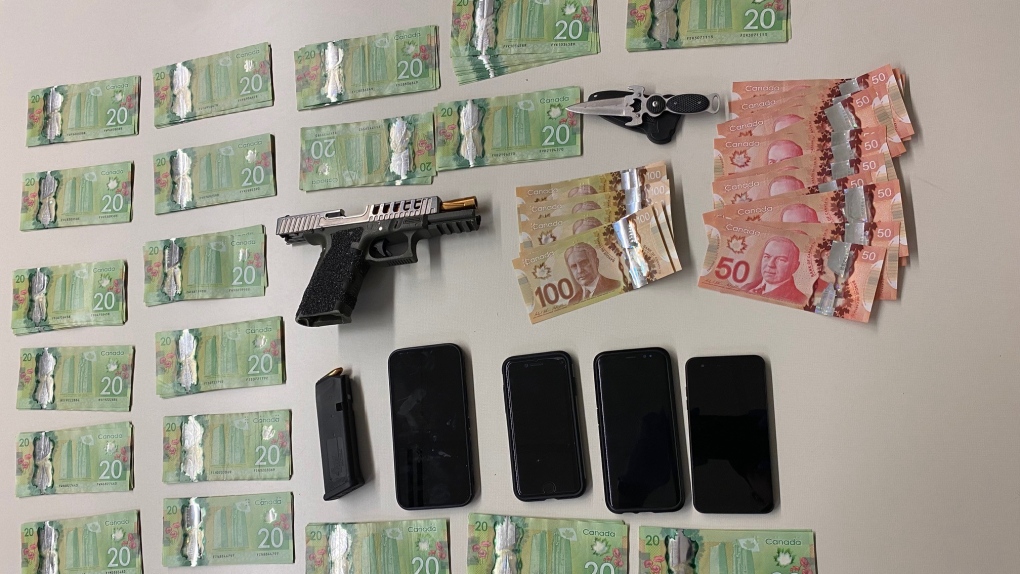 On Jan. 25 at 2:20 a.m., Fort Saskatchewan RCMP conducted a traffic stop at 84 Street and arrested a 27-year-old man from Edmonton after he showed signs of "impairment." (Source: RCMP)

At around 2:20 a.m., RCMP pulled over a 27-year-old man from Edmonton at 84 Street because he was showing signs of “impairment,” officers said.

Police said they saw cocaine and cannabis in the vehicle and arrested the driver.

However, mounties said after a full search of the vehicle they seized $5,250 in Canadian currency, a loaded 9mm handgun, an 18 round capacity magazine, a knife and four cell phones.

Daqwan Roshayne Howard Lee faces a number of charges which include:

Lee is scheduled to appear in court on Thursday.