EDMONTON -- A power failure at an east Edmonton waste management facility was responsible for clouds of coloured smoke emanating from the building on Friday afternoon, according to operator Enerkem. 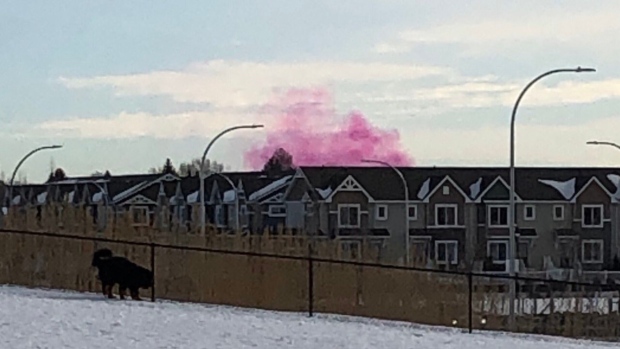 "There was a release of a substance which resulted in a large purple cloud," reads a statement from the company.

The statement goes on to say the amount of smoke released was "below occupational exposure limits" and wasn't a concern for the people and environment.

The facility has since resumed regular operations.

Edmonton Fire Rescue Services spokesperson said crews responded at 11:38 a.m. and had the smoke under control within a few minutes.

What are these purple clouds that I am breathing.... #Yeg #anthonyhenday pic.twitter.com/GIuHmsrn1e

What is this?! Pretty sure pink smoke/off-gassing is not supposed to be occurring on the north side? #yeg #strathconacounty pic.twitter.com/iPKrhlkN06