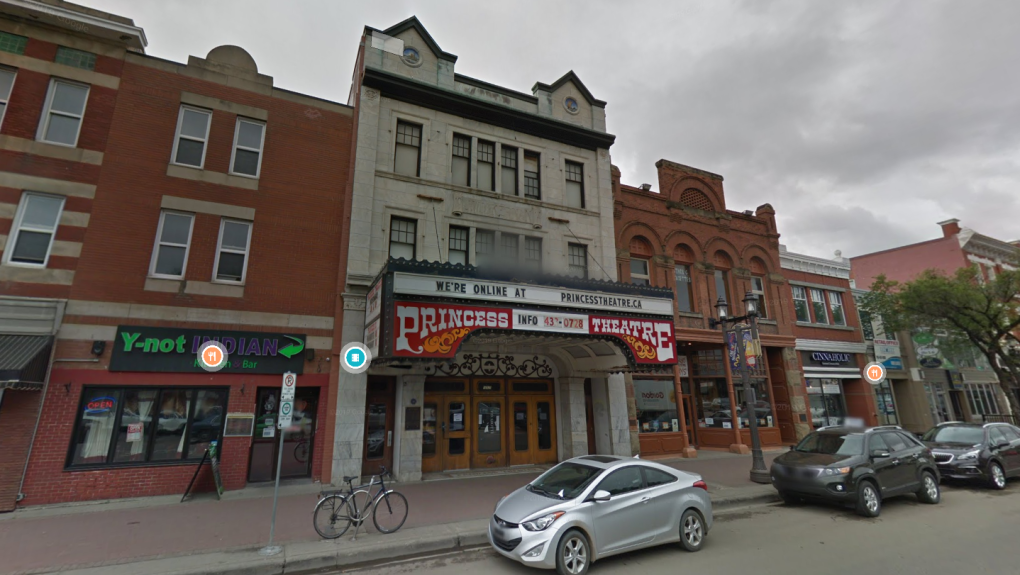 In this screen grab, a Google Maps street view of the Princess Theatre in Edmonton is pictured. (Google Maps)

EDMONTON -- The Princess Theatre on Whyte Avenue announced Wednesday it will be temporarily closing due to "current conditions" in the film industry.

Unfortunately, we are temporarily closing the Princess Theatre for the next while under current circumstances. We hope to reopen at some point, and will keep you updated as circumstances develop. Thank you for the support over these last four months. pic.twitter.com/yQRK8W3dBB

The theatre says it is "unfeasible" to continue operating as it has been for the past four months, and hopes to reopen "at some point."

The Princess Theatre reopened during the pandemic in a limited capacity in June.

The operating hours were previously reduced in July to Friday through Sunday screenings only.