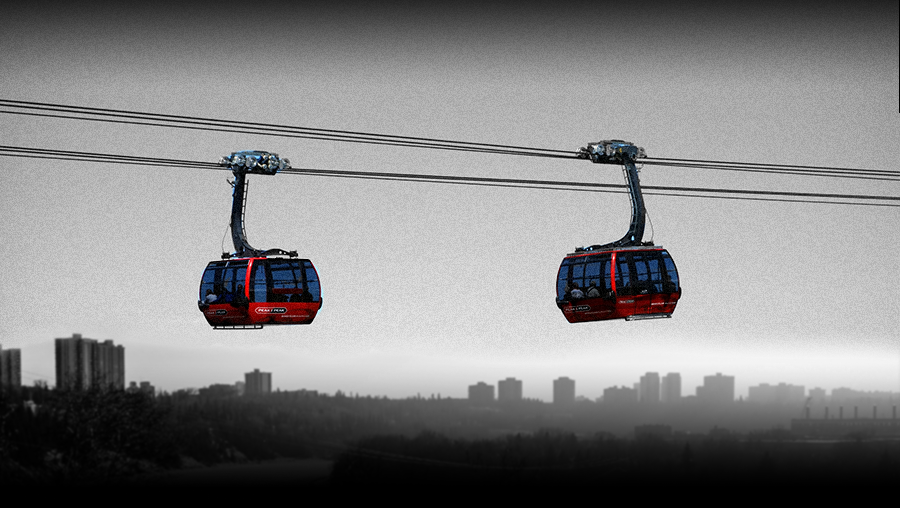 Before a private group spends $75,000 to study the possibility of a river gondola, it is asking for a guarantee from the city.

Prairie Sky Royalty plans to spend $75,000 on a feasibility study for a gondola over Edmonton’s river valley. The report, in part, would look at whether a system connecting downtown to Old Strathcona via Rossdale makes good business sense.

The group also wants the City of Edmonton to guarantee another company couldn’t step in and build a similar project after the feasibility study is completed.

The project caused debate at City Hall on Tuesday.

“I don't know if I'm going to love it or hate it, but I sure as hell am going to give some young leaders in this city the opportunity to follow their dream,” Ward 6 Councillor Scott McKeen said.

“It has nothing to do with whether I want to support ideas or whether it's great or not,” Ward 4 Councillor Aaron Paquette said. “I don't even hate this, I just don't see the merit when I think about the needs of the people in my ward.”

The motion in support of the feasibility study passed 9-4, with Councillors Mohinder Banga, Jon Dziadyk, Aaron Paquette, and Mike Nickel voting against it.

A Prairie Sky spokesperson told CTV News a “no” vote would have likely killed the idea.

Councillors will discuss guaranteeing the project exclusivity in the future.

The study is expected to take six months.