Boyle Street Community Services say a city tribunal has revoked the development permit for its new headquarters and service centre.

That location is just two blocks north of their current site, a former banana ripening warehouse converted into a social support agency hub.

The Subdivision Appeal Board (SDAB) is an independent tribunal established by city council to hear appeals related to subdivision applications, development permits and enforcement orders.

While Boyle Street was informed of the decision Friday, the SDAB decision has not been released publicly as of publication.

The hearing happened on Nov. 10, and according to the hearing agenda and index, 15 different appellants advised the SDAB about their opposition to the new Boyle Street location.

Many of the appellants said the zoning class Boyle Street applied for its development permit did not sufficiently encompass the range of services the site will house.

"The types of operations Boyle Street offers are not compatible with the expectations of a commercial business district," said one appellant.

The facility has already invested $8 million into buying, designing and renovating the new centre. Boyle Street has also fundraised $22.5 million of the total $28.5 million cost.

"Fundamentally, the zoning that we had applied for was the same zoning that we've operated under in this facility for many, many years," Reiniger said. "We felt very strong about the merits of our application because of all the due diligence we had done." 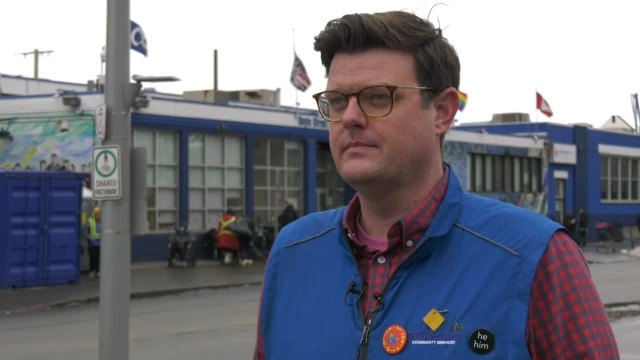 Some of the named appellants include the following:

The McCauley Community League noted in its application that it opposes the development in part because similar social service agencies in the downtown core use proper zoning conventions, like the Hope Mission and Herb Jamieson Centre.

Others believe the new location for the community support centre will harm their organization or business operations.

Reiniger said Boyle Street is still reviewing its options to respond, saying the SDAB decision is only a "road bump."

"We have a lot of options in front of us," he added. "So this project is not dead. We are going to continue to push forward with it, and we have some really strong partners that continue to support us as we do that."

But the permit appeal now sets back the facility's anticipated opening date next year.

"What's troubling about that is that everybody sees the need that's out here right now," Reiniger added. "The challenge that we are having with people experiencing homelessness on the streets of Edmonton and in the core and the King Thunderbird Centre is a solution to a lot of those challenges.

"The longer the delay is, the more problematic it is for the folks that are here on the street that are most at risk."