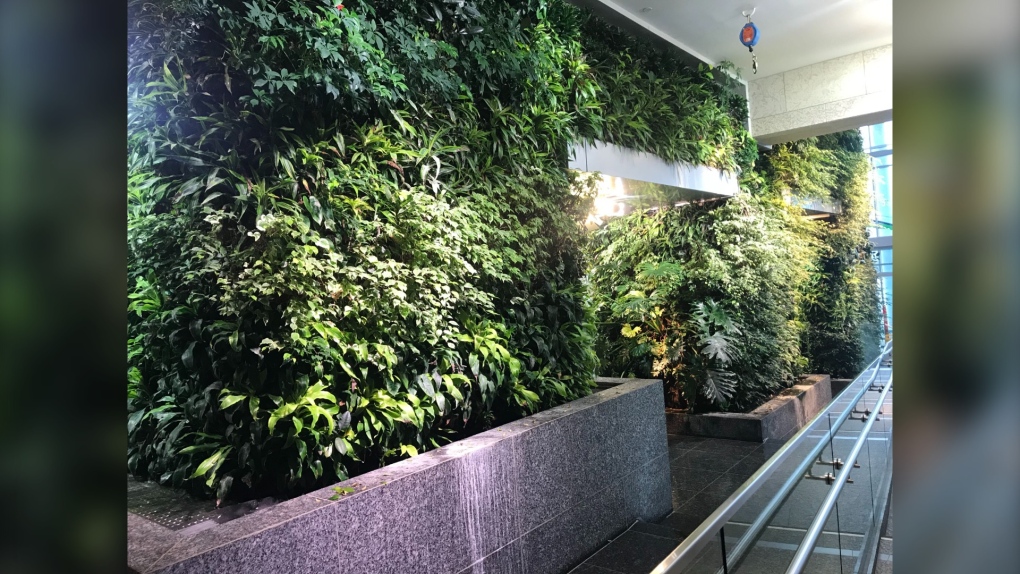 Alberta’s UCP government says that with $70,000 in annual maintenance costs, the wall is too expensive to keep up.

“Now, more than ever, the province needs to distinguish between need-to-haves and nice-to-haves as we continue to focus on saving lives and livelihoods,” Service Alberta spokesperson Tricia Velthuizen told CTV News Edmonton in a written statement.

Once upgrades to the building’s heating, ventilation and air-conditioning systems are complete, the living wall will ultimately be replaced with art from the provincial collection, the province added.

The company that created and installed the plant feature called removing it a mistake.

According to Holder, the living wall acts as a subsystem for the building’s HVAC system.

“It’s a piece of the ecosystem.”

As air is drawn through the plant wall, it gets cleaned, essentially creating humid outdoor air for inside the building.

Because the Federal Building’s HVAC system was designed to work with the living wall, he considers the wall is an important part of the air handling and circulation system.

“I think that adequate steps need to be taken in order to prove the efficacy of this biofilter,” said Holder. “Yes, there is maintenance, but the benefits certainly offsets (sic) the cost.”

The Nedlaw Living Walls sales and marketing manager couldn't confirm the annual maintenance costs are as high as the $70,000 quoted by the Alberta government.

“If they think that this is just a fancy Christmas tree that’s decoration in there, then certainly I can understand them wanting to eliminate that cost. But it’s so much more than that.”

The 2,400-square foot wall was installed in the Federal Building’s foyer in 2014.

“The whole thing is a testament to sustainable architecture in the province of Alberta,” said Holder. “This is a marquee wall. It’s one of the largest installations that we’ve ever done and it’s just it’s part of the building.”

The province says it expects the living wall will be completely removed by late 2021.