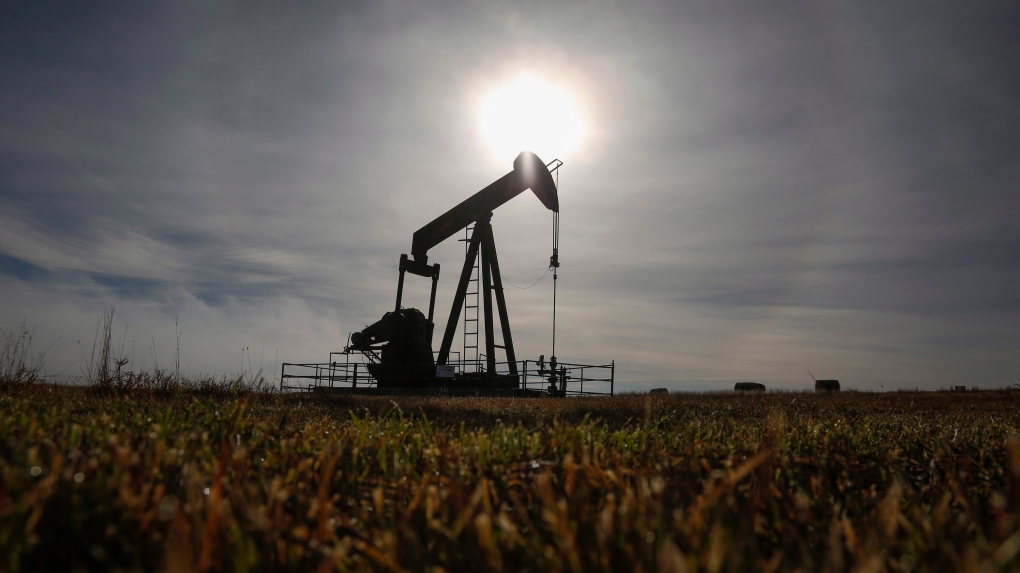 A pumpjack works at a well head on an oil and gas installation near Cremona, Alta., Saturday, Oct. 29, 2016. The association that represents Canadian drilling companies is forecasting a slight improvement in drilling activity in 2020. (The Canadian Press/Jeff McIntosh)
Edmonton -

The Alberta government is introducing legislative amendments that it says will help municipalities collect unpaid taxes from oil and gas properties.

The largest change is to restore and clarify a special lien for unpaid property taxes on property, machinery and equipment.

“This legislation is intended to help municipalities go after those companies who refuse to play by the rules,” said McIver.

“Bad actors who ignore the rules and don’t pay their taxes force everyone else to fill in the gaps – that’s not fair.”

McIver says the amendments will result in several changes that will take effect when they are proclaimed:

McIver says this restores a tool that communities lost two years ago after a court ruled that such liens didn't apply to the oilpatch.

The province is advising any company with an outstanding tax bill to contact their local municipality to discuss the changes.

McIver said the province is willing to go further if the special lien doesn’t prove effective.

“We’re hoping that doesn’t happen,” he said. “If it does, I will certainly have conversations with municipalities and energy companies.”

Last February, a survey by the Rural Municipalities of Alberta showed the oil and gas industry owes a total of $425 million in unpaid taxes to 69 municipalities, most in rural Alberta.

The group called for the province to close loopholes that made it difficult for communities to collect taxes from energy companies, noting they have little recourse if companies skip out on their bill.

It called the new amendments “an important step” towards keeping companies accountable about their tax bills.

“RMA appreciates the Government of Alberta recognizing the importance of this issue and looks forward to working with provincial decision makers to ensure that the changes announced today make a meaningful difference for municipalities,” said RMA president Paul McLauchlin.

Municipalities rely on property taxes as a primary source of income and are legally required to balance their budgets, meaning lost tax revenue cuts into services they provide.

The province says between 40 and 60 per cent of unpaid taxes are the responsibility of companies that continue to operate in Alberta, with the remainder belonging to companies facing insolvency.