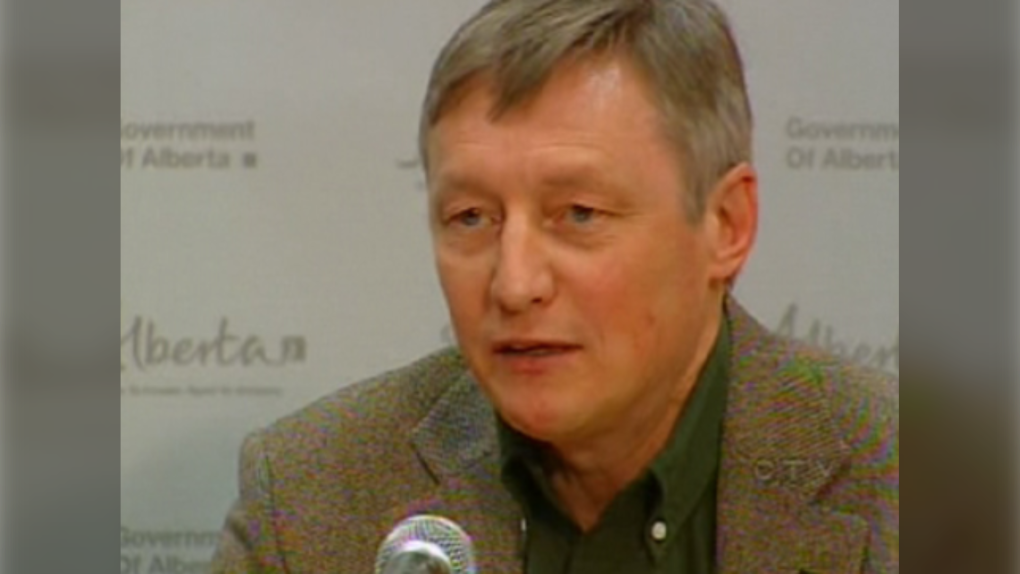 EDMONTON -- A retired top doctor says public health orders have to balance science with society if they are to be effective.

“(Measures) will only work if you have a majority of the population that supports it,” said Andre Corriveau, who was Alberta's chief medical officer of health from 2009 to 2012.

“You can't pass measures that a majority of the public is not supportive of, because it's not enforceable.”

Corriveau, speaking from Iqaluit, Nunavut, where he was advising that territory on how to deal with its COVID-19 cases, spoke after recordings were released that appeared to show Alberta's current chief medical officer of health, Dr. Deena Hinshaw, expressing concern about politicians watering down her recommendations.

That just goes with the job, said Corriveau, who also served until last year as the top public health official in the Northwest Territories.

Experts such as himself or Hinshaw are responsible for winnowing through scientific evidence - often thin on the ground or hot off the research presses - to come up with the best advice they can. But, said Corriveau, judging what's acceptable or how something should be implemented is a political decision.

“There's a point beyond which you can't enforce any more,” he said. “That's the role of the politician - to gauge that.”

Nor is it appropriate for the chief health officer to advocate for measures not approved by the government, said Corriveau. The two sides have to trust each other and undercutting political decisions would damage that.

“There's always other people who can advocate,” Corriveau said.

“Our effectiveness is built upon trust. If you turn around and you're doing public advocacy, then you've lost the trust and you're not effective any more.”

Alberta has plenty of other voices for that, he said.

Doctors in the Edmonton zone recently formed a group to provide what they see as unbiased, arm's-length COVID-19 advice. Members of the Edmonton Zone Medical Staff Association felt people were losing trust in officials.

“There's many considerations when you make these decisions - health ones, economic ones, capacity of hospitals,” said association president Dr. Ernst Schuster. “There was a feeling that the political considerations were stronger than some other considerations.”

The committee is to hold its first meeting Tuesday.

The legal powers of a chief medical officer of health are delegated by the minister and may not be absolute, Corriveau said.

Hindsight is easy, he noted, and added that everyone involved in the fight against the pandemic is doing it for the first time.

Corriveau said he ran into situations where the final decision diverged from his advice, but he saw it as his job to make it work.

“It's a fine line to travel but I think it can be done.

“It's not necessarily ideal, but I understand the context and why at the political level they might have decided otherwise.”

This report by The Canadian Press was first published Dec. 1, 2020.