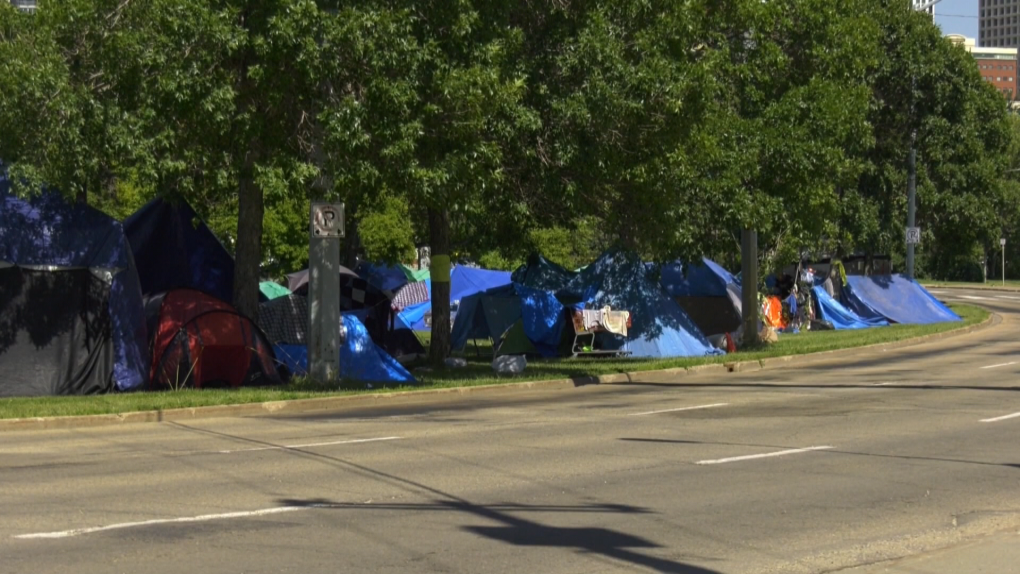 Camp Pekiwewin was established after the Edmonton EXPO Centre was closed as a temporary shelter earlier this month. Aug. 28, 2020. (CTV News Edmonton)

EDMONTON -- Edmonton city councillors are seeking a solution to the city's homeless camps as the COVID-19 pandemic continues and winter weather looms.

Councillors debated using existing spaces that have become available because of the economic situation, including hotels.

Mayor Don Iveson says he hopes to work with the provincial and federal government before there's an outbreak at a homelss camp or the colder weather sets in.

"Clearly as we've seen during this pandemic, unprecedented things are possible," said Iveson.

"Quick action is possible and there is rising public demand for action to support vulnerable people and address the social disorder associated with allowing these circumstances to persist."

Much of the discussion focussed on the Camp Pekiwewin, a homeless camp in Rossdale.

Officials had promised to continue the emergency services for Edmonton’s homeless after the EXPO shelter – propped up at the onset of the pandemic in Alberta – closed.

Since April, the Coliseum Inn has hosted a program with space for about 100 people to transition them into more permanent housing.