Dozens of people marched to the Alberta legislature Thursday to bring attention to the issue of child abuse.

Purple-clad kids and adults hoisted signs and were led by an Indigenous drummer as they walked from Sir Winston Churchill Square to the legislature as part of Child Abuse Prevention and Awareness Day.

"This march is a rally call for action and questions wanted answered and an investigation into all provincial and territorial government child welfare departments," the group said on its Facebook event page. 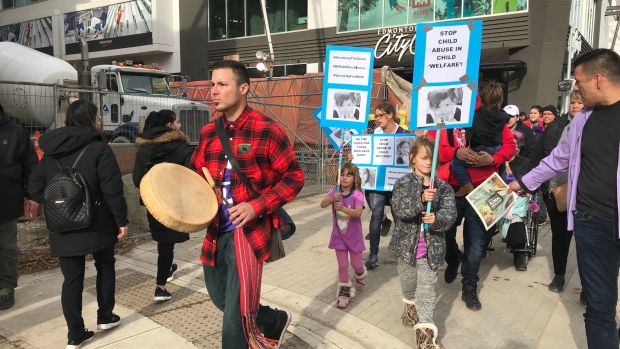