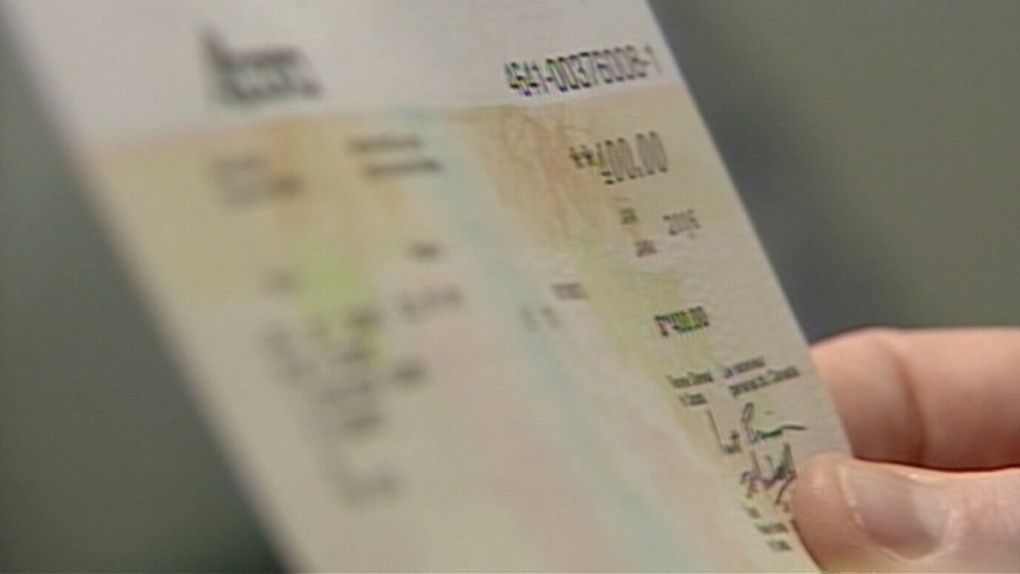 The Prosperity Bonus checks were mailed to all Albertans who were residents of the province as of September 1 and filed a 2004 tax return.

EDMONTON -- It’s hard to imagine now, but this time 14 years ago Alberta literally had more money than it knew what to do with.

A series of seemingly unending oil-fueled budget surpluses eventually peaked at $8.7 billion in June of 2006.

With so much cash on hand, Premier Ralph Klein announced the Alberta Prosperity Bonus in September of 2005: a one-time $400 rebate for every Albertans carved out of $1.4 billion of the provincial surplus.

“Ralph was simply trying to placate his base, ordinary Albertans, to reward them for the difficulties he’d put them through to balance the books.”

While the “Ralph Bucks” initially proved popular with many, the policy wasn’t enough to sustain Klein’s political future, or shelter the province’s bottom line from the boom-and-bust energy industry and the financial slump that was to come.

“It was strongly supported by ordinary Albertans but the political establishment had some issues with the approach,” said Mensah.

“Dear Albertan: Enclosed is your Alberta 2005 Resource Rebate. This $400 per-person rebate is being provided by the Government of Alberta as a non-taxable, one-time bonus to all Albertans in recognition of their role in building this province," the letter accompanying the check read.

"Congratulations, and thank you for helping build this province.” 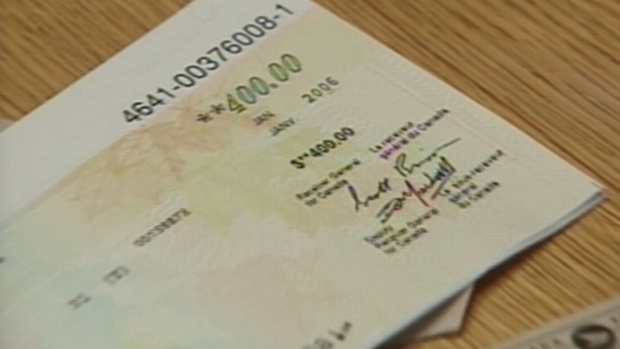 “To be perfectly honest, a lot of people will be going out to buy an iPod,” university student Dan Arnold said in 2006.

“A big shopping spree,” said Grade 8 student Shelby Airth when asked how she would spend her bonus.

Her mother was less enthused, saying “every kid I know is pumped about the $400 that they're getting. That money should go towards offsetting high energy bills, but of course these guys don't see that.”

Savvy businesses picked up on the boom as well, including the Fairmont group of hotels which offered $400 packages encouraging Albertans to "Stay with the Fairmont and let Ralph pick up the tab!"

Others called for a more charitable use for the bonus, with websites like ProsperityInPerspective encouraging donations to local causes.

“I think Albertans are intelligent enough to spend their own money and that’s what this is,” Deputy Premier Shirley McClellan told CTV News in 2005.

But the cash giveaway wasn’t a smash hit.

The Opposition and others called for a more planned approach to spending the surplus including on ideas like a provincial endowment fund, heightened education funding and a high-speed rail line linking Calgary and Edmonton.

"What's the point of even having a budget? What has happened to the discipline that this government was known for?" asked then-Alberta Liberal Leader Kevin Taft.

Even the right-leaning Calgary Herald took issue with an op-ed headline reading,

“Our issues were very different than they are today,” remembers Scott Hennig with the Canadian Taxpayers Federation.

He wrote an Edmonton Journal editorial opposing the bonuses as a bait-and-switch shortly after they were announced in September of 2005.

“If your government unfairly imposes a regressive $528 ‘premium’ and then refunds you $400 of that money as a ‘prosperity rebate,’ do you thank it?”

In 2005, Hennig called for an end to the province’s health care premiums, saying it would have amounted to an annual $884-million tax break.

“It would have meant more to a lot of people,” he said looking back years later.

“We thought it was a really ham-fisted way to give a tax cut.” 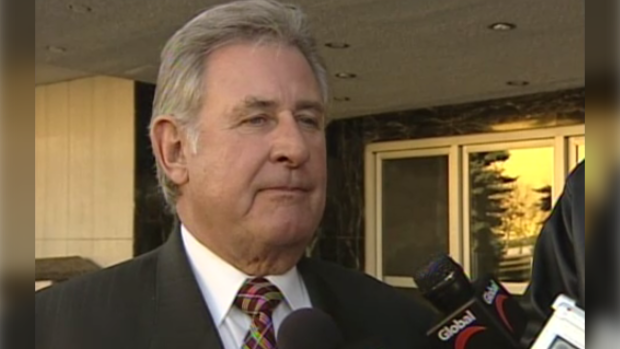 Hennig says had the government of the day handled its surpluses differently, the province would be in very different economic shape today.

“Even with oil prices down we’d be nowhere near deficit if they’d taken corrective action,” he said.

“It was all very avoidable had they had more modest spending and put it into long-term savings.”

Politically, any popularity boost Klein got from the bonuses was short-lived, within his party at least.

Two months after the cheques were mailed out he announced his intention to resign after his fourth term on Oct. 21, 2007, some 19 months later.

“He was beginning to lose his edge,” said Mensah. “The Ralph edge, the common touch.”

But by the end of March, the Progressive Conservatives had had enough with delegates giving Klein an underwhelming 55 per cent show of support at a party leadership review.

“It was a combination of bumbling leadership … [Klein] ran into problems with his health care reforms and he had some clashes in the legislature,” said Mensah.

“He was done in by the party establishment.”

Klein eventually resigned near the end of September of 2005.

Oil prices crashed in 2008 and the province has posted deficits in every year since, save for one.

“I don’t think any other government is going to follow that path,” said Mensah. “That path was a unique period in Alberta’s history where the government was simply flush with all the money coming in.”

“In hindsight, we see that was not an appropriate approach given what we are now facing as a province.”