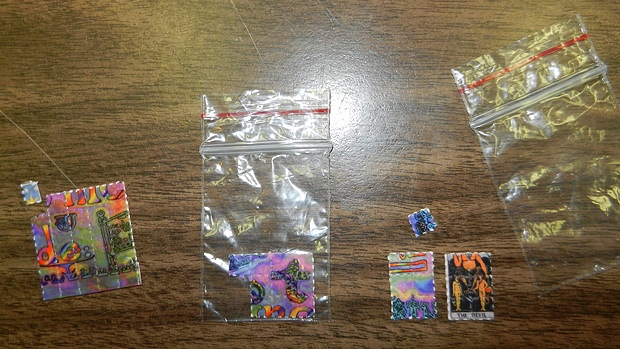 Spruce Grove/Stony Plain RCMP distributed this photo of the L.S.D. (acid) hits that were seized in the course of their drug trafficking investigation. Supplied.

The arrest came after investigators were given information on a drug dealer targeting high school students, by selling marijuana, psilocybin (magic mushrooms) and L.S.D.

Their investigation led to the arrest of Bugatti on September 27 and officers executed a search warrant on his home.

In the course of the search, police seized about five pounds of marijuana, a pound of mushrooms, 60 hits of acid and some marijuana plants – along with several thousand dollars in cash.

He has been scheduled to appear in court on October 3 in Stony Plain.