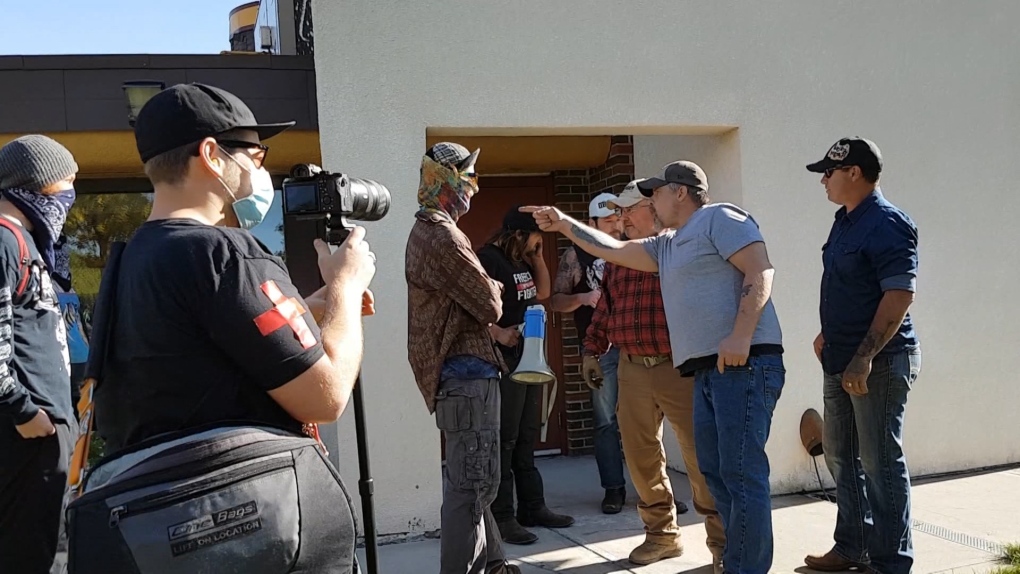 EDMONTON -- A Penhold, Alta., man is facing a second charge after an anti-racism event in Red Deer grew violent between demonstrators and protestors last month.

RCMP say after reviewing videos of the event, they have found another assault and charged 42-year-old Trevor Lyle Roy.

He was the first person charged on Oct. 7 in relation to the rally.

According to Mounties, the investigation is now done and they don’t expect to lay any more charges.

On Oct. 23, police also charged a 29-year-old Calgary woman with assault with a weapon: Taylor McNallie, a director and cofounder of Rural Alberta Against Racism, one of the Sept. 20 event’s organizing groups.

She declined to comment to CTV News Edmonton, but confirmed the charge.

In a public statement, she said she would be pleading not guilty and clarified the charge comes from her throwing a camera at one of the counter protestors.

“This one case is going to be one that opens up a much larger matter for us in regards to how the RCMP acted that day and continue to treat racialized folx [sic] in Canada,” McNallie wrote.

“These groups stalked our events online, and show up to anti-racism community discussion throwing fists. Then RCMP allowed them to stay in the park with us for an hour or two before our team cleared the area safely. It’s not hard to see who the criminals and aggressors are. This charge is a joke and I look forward to taking it to court.”

The Sept. 20 rally was organized and attended by advocacy groups Red Deer Against Racism, the Black and Indigenous Alliance, and Rural Alberta Against Racism.

In videos that went viral locally, tension grows between rally attendees and protestors who interrupted the event. The videos appear to show people cursing and shouting, and eventually pushing each other.

The anti-racism event was not the first held in the central Alberta city, but garnered more attention than any other.

RCMP were criticized by the organizing groups for not taking quicker action, but said all attendees arrived prior to the rally’s start time and that the alleged assaults took placed before officers arrived.